Come learn from Ken Kuhlken, a novelist, essayist, teacher and general man of letters. He'll be talking about the categories of writers -- and helping us decide which one we are!

Ken's stories have appeared in Esquire and dozens of other magazines, and anthologies. His works have been mentioned in Best American Short Stories. He has earned a National Endowment for the Arts Fellowship. He has been a frequent contributor and a columnist for the San Diego Reader (See http://www.kenkuhlken.net/home.html.) 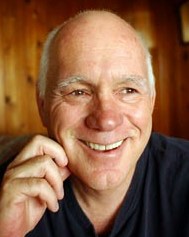 His novels include Midheaven, chosen as finalist for the Ernest Hemingway Award for best first novel, and the Tom Hickey California Century series: The Loud Adios, set in San Diego and Tijuana in 1943 (which earned the Private Eye Writers of America/St. Martin's Press Best First PI Novel); The Venus Deal, The Angel Gang, The Do-Re-Mi, The Vagabond Virgins, and just released, The Biggest Liar in Los Angeles. (See www.kenkuhlken.net/books.html)

If you have questions, please contact Anita Palmer at [email protected].
View map on Google
Tip: Press ` to open this menu
Watch Online
Locations
Messages
Who We Are
Give