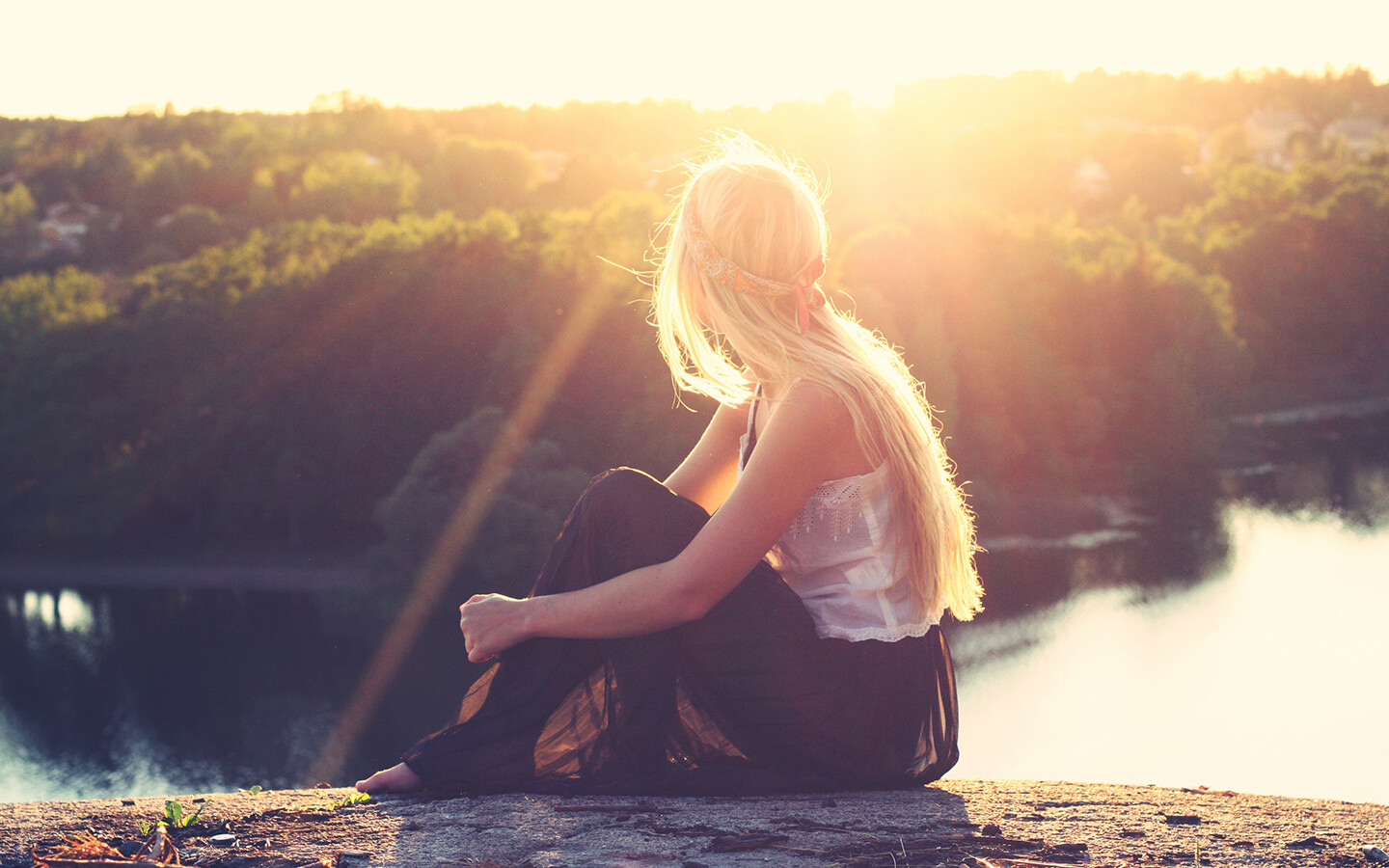 Life with depression is like solitary confinement with only the voice of your conscience to break the silence. But it is no friend. “Worthless girl,” it says. “No one needs you here.”

You can stop the voice with music, sleep, getting out with friends. But it won’t last. Eventually, the voice will feel it like a weight on your body. It’s a heaviness that you cannot touch and you cannot relieve—like a grocery bag going from one arm to another, until neither can hold it up.

The heaviness is so severe that you feel you can’t get out of bed. Life slows down so much, you have hours of time to sit and be aware of your sad state of mind. Now it becomes the dominant factor in your life.

Next comes the physical pain. You can’t walk to eat—so you don’t. Lifting your arms is so agonizing that you decide not to go to school. Even looking in the mirror is painful as there is no one to look back at you—just a bag of bones.

Even looking in the mirror is painful as there is no one to look back at you—just a bag of bones.

And so you try to make a deal with depression—a compromise. You say, “Look, I’ll give you what you want because I can’t fight you anymore. Take my whole life. Just leave me a little control.”

And then you realize that you’ve screwed up your life so badly you will never be happy, holy, or innocent again—like when you were a kid—or the times in God’s presence when you just knew He was your only hope. But now, you're damaged goods—like trash in an alley.

But here is what made my problem even worse. To those closest to me, my depression simply faded into the background of their lives. It was as if I had shown up one day with purple hair. It might be shocking at first, but soon, everybody simply gets used to it.

So there I was, a 16-year-old girl who was funny, a Christian, talented, hard-working, depressed, smart, and a daddy’s girl. Depression was just another characteristic. But for me, it was happening to me every day. I simply couldn’t let the world think that I was dealing with it like I would an allergy. I had to make a move.

I simply couldn’t let the world think that I was dealing with it like I would an allergy. I had to make a move.

I turned on the shower, grabbed a new razor from a package of Xacto blades—which I had never done before—and stepped beneath the hot water. I was going to cut myself good, and it would make such a splash that everyone would know how deep my pain really was. “Wait till everybody knows, Shelby,” a voice echoed in my mind. “It will feel so good.”

I put the razor to my wrist expecting to have to work at cutting through my flesh. But the razor sliced me clean and deep. The water filled my wound as blood poured out and went everywhere—all over me and the shower. “Oh, no!” I screamed. I clutched my painful wrists, which only made the blood gush more.

Suddenly I heard my little brother. He came to the door and called out to me.

“Go away!” I yelled. After him came my mom, who jiggled the handle and raised the tension. “Honey, open this door!” she screamed. I had succeeded in getting attention, only now it looked like a murder scene. I was getting dizzier by the second. This was not what I had in mind.

An hour later, I was being examined by a young, straight-talking doctor. “Look at this, Shelby.”

As he lightly pulled open my wound, he said, “See that?” I sat up and leaned forward a bit. “That’s your main artery.”

I looked at the grotesque gash. “You were just two millimeters away from cutting that—and dying. You would have bled out.”

As my doctor left, I cried in deep, heavy sobs.

Arriving home the next day, I lay on my bed, reached into my nightstand where I kept a ruler and pulled it out. For the next six hours, I just lay there, looking at the ruler, running my thumb to the edge where the little tiny black lines told the story of my life. Two millimeters. I was dead but for two millimeters.

“You don’t think you’re done cutting, do you, Shelby?” that familiar voice said. "Don’t you feel like a fool?”

There I lay, defeated, embarrassed, in pain, being tormented by the devil himself, cut, stitched, and wrapped. I raised my hands into the air and pleaded for God to come to me. Suddenly, I felt God’s presence, something I had never felt before.

“Have you come to heal me of my depression?”

“Something better," He replied.

“I’m here to give you purpose.”

Three years later, I was at a youth conference sitting next to my youth pastor, Sandi.  Suddenly, I got the sharp feeling that God was telling me that I should go to Bible school and become a pastor.

“I think God is trying to tell me that I am supposed to go to Bible college and become a pastor,” I told Sandi.

She suddenly began to cry.

“What are you crying about?” I asked.

“God was just telling me that He was calling you to Bible school so you could be a pastor!”

Today, I am still diagnosed with depression. But I see God’s unmistakable hand in allowing me that dreadful day in the shower and the life-changing glimpse into my wound—which brought me to this place. Because of my depression, I will always be able to hold any sufferer with arms that understand their pain. I have been at the bottom. I have reached out to a silent God. I have cried tears I didn’t think I could produce. I have valued my own life so little I tried to snuff it out. And I have escaped death by two millimeters.

But I can now conjure a future—and it is in the arms of Jesus, who came to me when I needed Him most, gave me a purpose, and who I feel more in love with now than ever before.