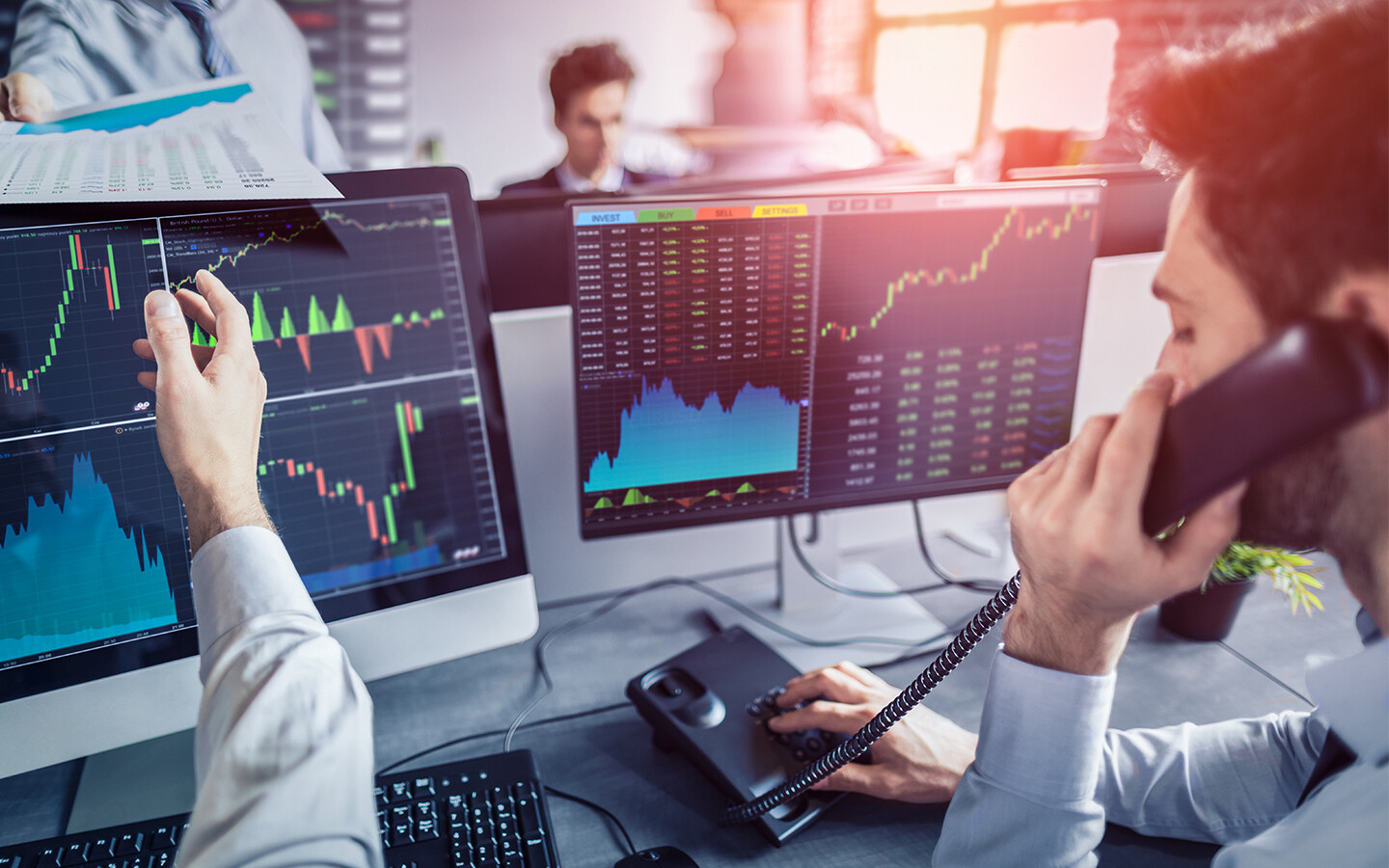 “I have a huge ego,” Kevin said. “In fact, it’s still an issue I deal with. You probably noticed it already.”

Kevin Loomis is the kind of guy who arrives before he arrives. At just 5’6” he may be one of the shorter guys in the room, yet he has a huge presence. As he walked in to meet me so I could write about his Wall Street story, he entered like a rock star. There was a power about him. He shook my hand and looked me in the eye. “I’m Kevin,” he said. That’s all it took. I was intimidated.

As we sat down for me to hear his story, he said, “I had a hunger to get rich. That’s why I became a stockbroker. I had to make it big.”

“Hunger,” I said to myself. “He’s already jumped to the spiritual heart of the matter. This could be quite a story.”

I had no idea.

As you open the doors, a wall of sound and fury takes your breath away. Picture 300 guys screaming, making deals, cursing, jumping, and gesturing. They worked like their lives depended on it. And it did.

The things brokers did in the open were crazy. Cocaine, pills, cheating on their wives. They gave up their lives to be rich. It was the sickest environment conceivable.

So you’re talking about an alternate kind of universe.

It was like a cult. You couldn’t question authority, had only one source of information, couldn’t socialize with anyone outside the firm. They used public belittlement to discipline. They encouraged you to spend lavishly but it was just a ploy so you had to produce. Most guys were working just to stay afloat. They were in debt up to their teeth.

And yet you excelled in this environment?

That must have fed your ego.

Of course. I was heading into the financial stratosphere. I called my mom and said, “Do you have any idea how lucky you are to have had me?” I stopped a guy at a diner and told him, “Let me tell you how awesome I am.” And I told him. If they didn’t like it, who cares? What did they matter to me?

Was it that attitude that made you so good at selling on the phone?

I could squeeze high net-worth individuals into corners they had no way out of. If you didn’t want to spend money but took my call, too bad. You were going to write a check.

That’s kind of power had to have changed you.

I became an awful human being. I was a drunk. I belittled my wife. I lost people a lot of money by selling them some iffy stock. People were just a means to an end. I lied. I cheated. I worked tirelessly behind the scenes to get people fired. Often, guys who were getting the boot would thank me, saying I was the only one in the office they could trust. I would pat them on the back knowing that it was me who had just detonated their career. I was ruthless.

I had bodyguards. I hunted with Mafioso. I got sued for $20 million. My apartment was raided by FBI agents. That will give you some idea of the life I was leading.

So how does a guy like you find Jesus?

But he was really cool. Suddenly he says, “Do you believe in Jesus?” I had made a bit of a hobby of slapping down Christians, but he disarmed me with joy and kindness. He was just eager for me to have what he did. He was like me—only the inverse. My sales pitch tried to take. His sales pitch tried to give.

In the next several months, my life bottomed out. My wife left. I drank more. I left Stratton Oakmont when the SEC started snooping around. I was desperately alone. My dreams were slipping away. I was miserable.

Suddenly I get a call from Marty. I told him I hadn’t read the Bible he had sent me. He said that was fine. I asked him why. He said, “Because I know you have been thinking about it.” He was right. His God was on my mind.

One day, I had a vision. Each lie I ever told passed before my eyes. I broke down and asked Jesus into my heart. Right then, Marty calls. “I’ve had about 50 guys praying for you all week. It’s time for you to receive Jesus.” I said, “I just did!”

Yes. God’s love was really what I was after all along. My wife and I attend the Rock and our life is about service to God and expressing gratitude for where He has brought our marriage. I also ran the Mountain Bike Ministry for many years.

My time with Kevin was nearly up, yet he didn’t give me the reason for the hunger he spoke of. Nobody does what he did without a reason. The heart of the matter, the one he alluded to at the beginning was still missing. I knew it was a risk to ask for more, but I just had to.

One last question. Why were you so hungry to get rich?

He took a deep breath.

Also, my dad always put an incredible emphasis on work. So I worked myself to the bone. I didn’t care about money, I just wanted him to tell me he was proud of me…but he never did. When I was 18, I was working in his factory and he was criticizing me, like always, and I suddenly hit an emotional wall. I screamed, “Why aren’t you proud of me?!”

“I am,” he yelled. “What are you talking about?” He collapsed in my arms and we wept together. He could hardly speak. “I vowed never to be like my dad and I’ve become just like him,” he said.

Kevin’s eyes welled up. I had asked enough questions. Two weeks later, however, I ran into him. “Do you mind if I ask you one more question?” I asked. Was I pushing it?

“No problem,” he replied.

What a chicken. I went home and emailed:

Considering all the pain you had, perhaps all ego is really someone just trying to overcome their insecurities?

That’s a good read on me,” he replied. “I was always trying to prove I mattered. But the cross does that for me. It says, “No matter how awful you are, you matter enough to die for.”