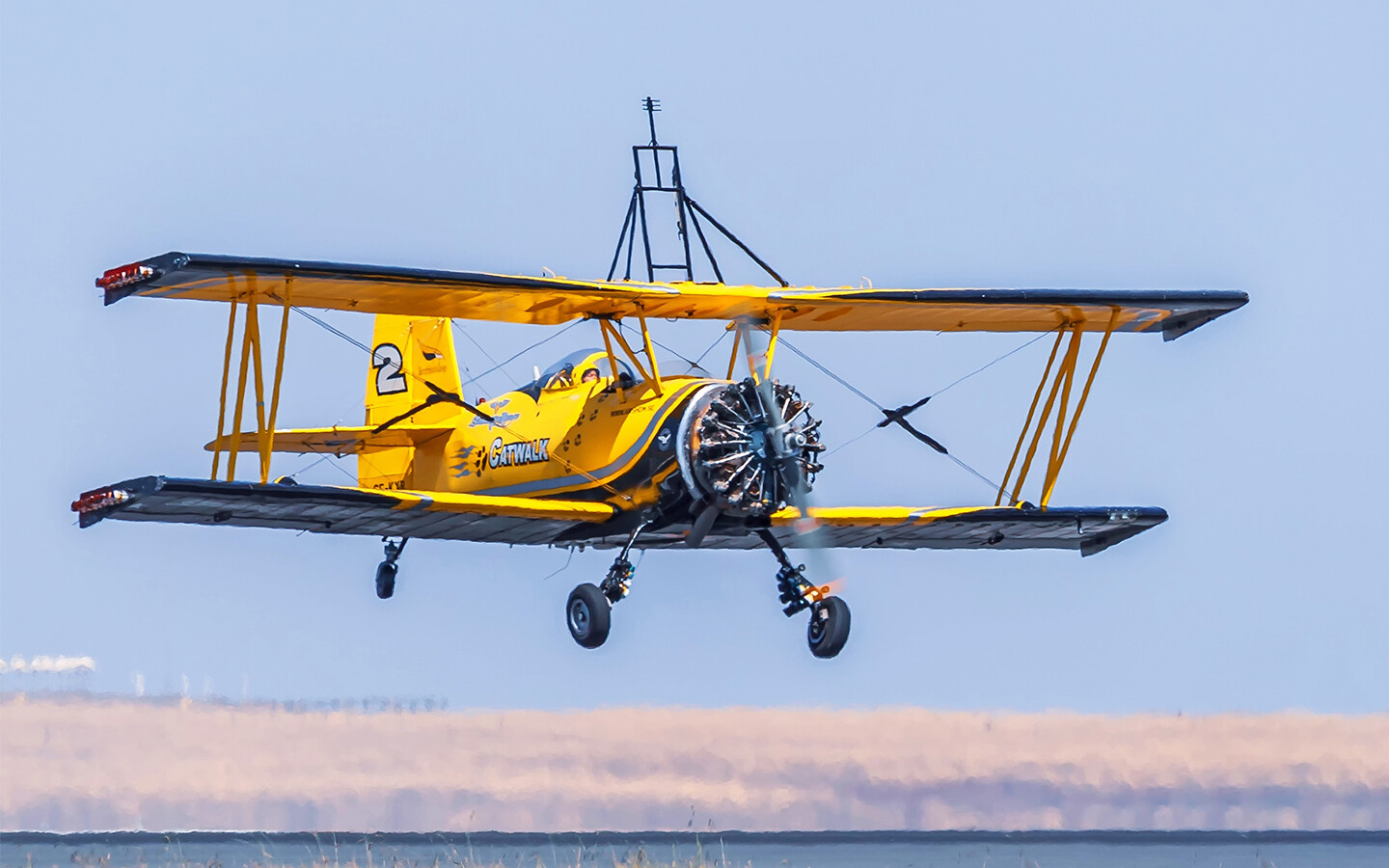 I sit at the computer and look up sites where I can buy a miniature two-seat biplane in black and yellow, like the one that has been in my head for so many years. It’s been a years-long quest to find the model or wood-carved plane, circa 1940, so I can put it on my desk and remember God’s faithfulness to me, to all of us—especially when times are tough.

I know. It’s a weird association. What does one have to do with the other?

Years ago, I heard a man tell his story of living on a farm in Estonia as a young boy in the 1940s. A couple of times a season, his dad would hire the local crop duster to make a few passes over his crops to spray insecticides.

The young boy looked forward to the day as if it was Christmas. The gift he was about to receive was bigger and better than anything under a Christmas tree

The gift he was about to receive was bigger and better than anything under a Christmas tree.

The pilot would land the plane on the farmland and the boy and his dad would go out into the field to meet him. Hand-in-hand they would climb onto the wing where his dad would lift himself into the second seat, then reach down to grab the boy’s arms, pull him up and place him on his lap. As the propellers would chop the air and the race up the field began, his dad would put his arms tightly around his son’s waist. Without even a hint of worry, trusting his father completely, he would place both arms out of the plane as they pushed faster and faster and lift higher and higher over the world.

When the pilot would lean and bank, the earth would come into view. The feeling of the flying freedom enlivened every hair on the little boy’s arms, and his smile would be almost more than his little cheeks could take.

“That’s what God wants from His people,” the man said. “To trust that He has us tightly in His grip so we can put our arms out of the plane and enjoy the ride.”

And so I will keep an eye out for that biplane, but I am in no rush. The hunt for it keeps it top of mind. And in this crazy world of pressures, that little boy with his arms in the air is good to think about and pursue. If I can finally trust in God’s love and promises to me, I could be him.