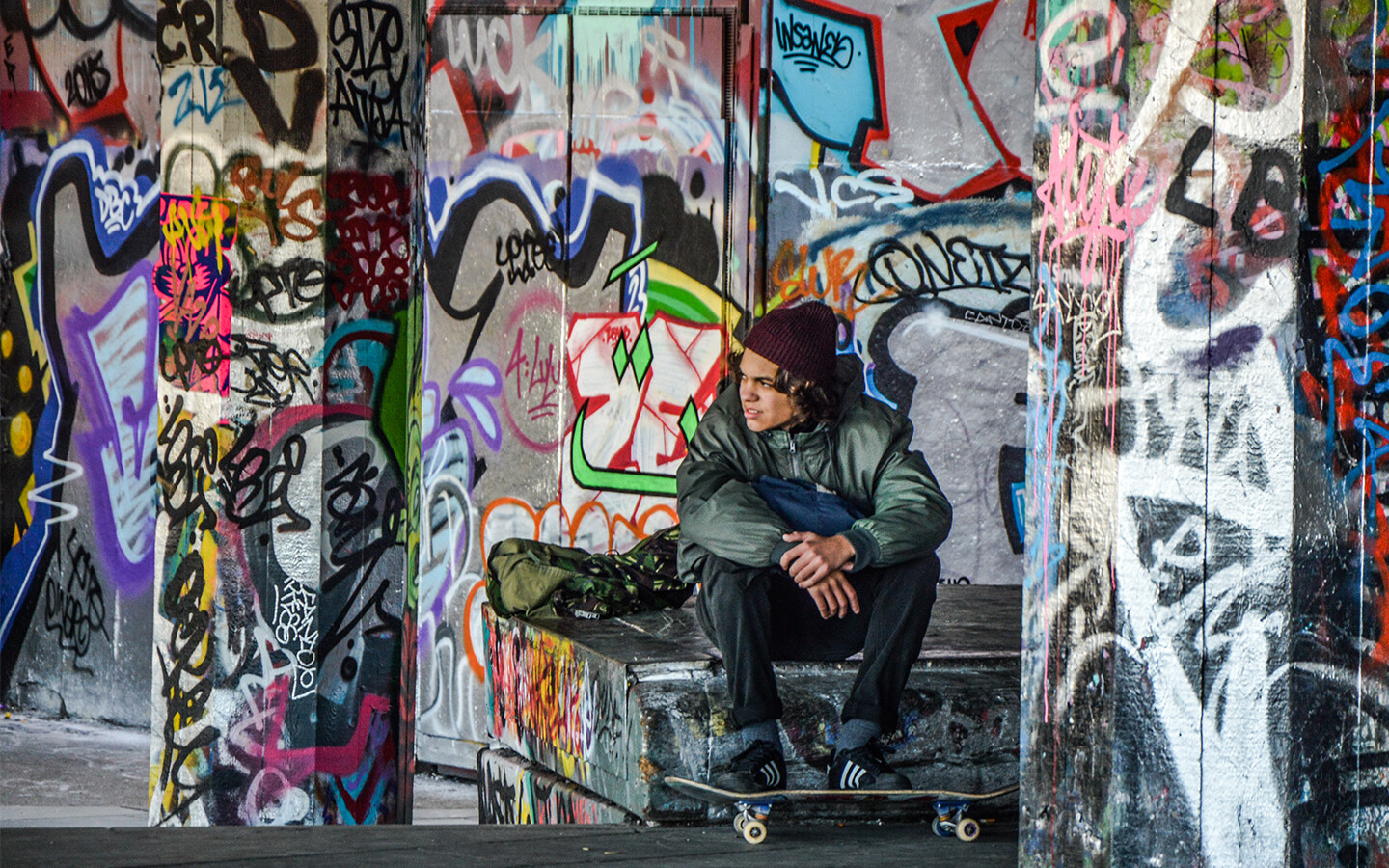 Life and Death in Chicano Park

“We have a problem,” Esli Madrano said to the group of six volunteers. “The police told me that there’s going to be a drive-by shooting this morning. We have a decision to make.”

It was just the latest warning the team had gotten ever since they had been the ones assigned to bring church to the people around Chicano Park, a gang and drug-infested corner of San Diego, where strangers are not welcome and bad things go down with regularity. In fact, one of the gangs had left a dead body where the makeshift church—consisting of a tent, a projector, and chairs—usually set up. It was placed there to make a point: Leave. You’re not wanted. This is what happens to people who don’t listen.

Only this time, it wasn’t a scare tactic. This was a matter of the police riding up to Pastor Esli to tell her that violence was going down today. It was not a drill. Leave or expect casualties.

Esli looked at her group. They looked back. It was as serious and somber a moment as there ever had been among the volunteers who feel called to Microsites—the Rock Church ministry where church is brought to those who would never consider coming to one. Esli rather expected that the group would turn away and begin packing up to leave. But no one did. They just stood there with intense eyes as they considered what was about to happen.

“Let me call my wife,” one team member said.

Esli turned to the others who remained in front of her. “Look. I obviously can’t ask you to stay. It’s my job to make sure you’re all safe.”

Still, no one moved. The team member who went to call his wife returned and joined the group. “Let’s get to work,” he said.

The team moved as one, opening the tent, setting out chairs, working the iPad and the projector to be able to stream a message from Rock Church senior pastor, Miles McPherson, who would be speaking simultaneously at the Point Loma Rock Campus. In a few minutes, the setup would be done, passers-by from the neighborhood would notice and stop, and perhaps the most significant moment of each team member's life would begin. Would they really risk their lives so these people could hear about Jesus?

Would they really risk their lives so these people could hear about Jesus?

As the service began to be streamed in and the people took their seats, the team and Pastor Esli stood at the rear of the tent, putting their bodies between the street and the people attending that morning, about 15 in all. For an intense hour and 20 minutes, the team stood guard as lowriders would do the low-growl slow-roll. Beads of sweat formed along each brow and prayers were sent under their collective breath as they each wrestled with the feeling that this morning must be the first that Pastor Miles decided to speak for three hours.

No shots rang out that morning. And it was one of the best days of the ministry. Six team members confirmed to each other as well as themselves—as well as God—that Jesus is worth dying for.