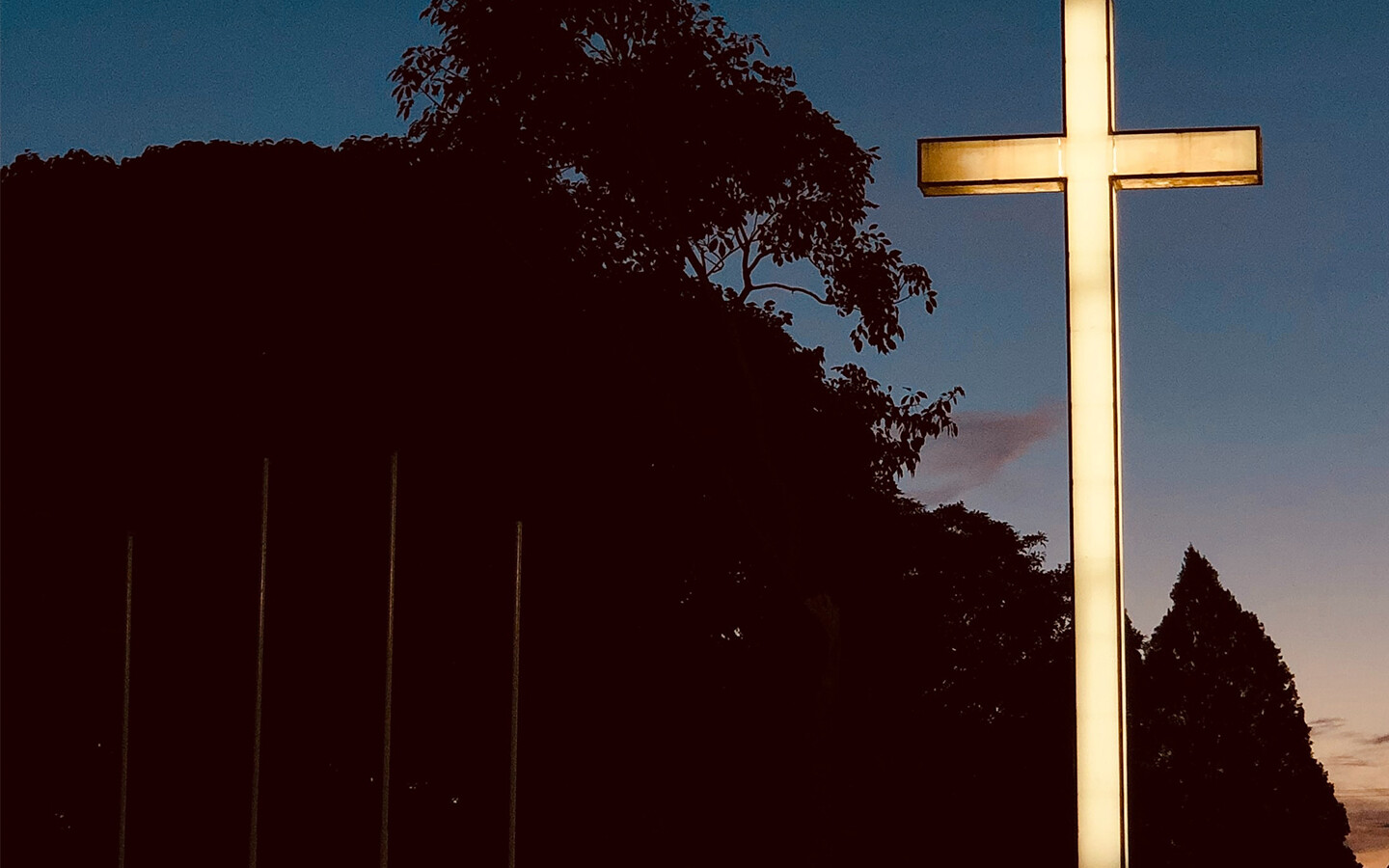 A Cross in the Parking Lot

By the time I had gotten the life-changing call from my heroin-addicted son, Michael, the nightmare he had put our family through had lasted five long years. He was just a sophomore in high school when things started spiraling and as the years went by his whole life became consumed with getting high and selling drugs and in order to do that, he had to wreak havoc on our family.

He’d stay away for days and not tell a soul where he was. People would show up at our door threatening us over money that he owed them. He would break back into our house to steal anything and everything to sell on the streets. He’d show up looking skinny and decaying like he was on death’s door. His presence at our house swirled anxiousness and worry. It created a dynamic where I was constantly battling the feeling that I was losing control. In fact, all our family relationships were starting to suffer. As a mom who loved her son very much, I could no longer handle the situation. I was teaching full time, we were facing foreclosure on our home, my husband had just lost his job, and I was covering my pain by drinking more and more each evening.  It was a perfect storm.

Being that I was an accomplished person; a do-it-yourselfer with a strong work ethic, I believed effort alone could save Michael. I took the full weight of his addiction onto my shoulders. Little by little, however, it was clear that I was completely outmatched by it. My husband too. It drove me down so hard that slowly but surely it looked like giving up was my only hope of surviving my son’s addiction.

Being that I was an accomplished person; a do-it-yourselfer with a strong work ethic, I believed effort alone could save Michael.

And that is what happened. As I looked to the Word of God for strength and hope, God the merciful and gracious began to reveal himself to me almost like pieces to a puzzle. Clearer and clearer it came into picture. Surrendering to God, giving up everything—including Michael, was the only way not to let it break me. I knew it intellectually. I would soon get the chance to know it at my core.

It happened the night that Michael, by this point, 20 years old, gave me a call. I hadn’t heard from him in months. “Mom, can we meet?” came his drug-addled voice over the phone as if he hardly had the strength.

“I don’t know. Like on Greenfield in El Cajon or something.”

Shadow Mountain Church was near there. They had a large and unoccupied parking lot that might give us a chance to talk. I asked Michael to find his way there.

Driving to the church with my husband I had no idea what Michael wanted or what I was going to say to him. Usually, I had a headful of demands or advice or pleas to throw at him. But this time, I just felt a bit empty; done. As I turned the corner onto Madison, I saw him sitting like a dreg in the parking lot; a hollow-eyed junkie completely in need of someone to save him. But he wasn’t the only one in the parking lot that night. A massive, illuminated cross loomed large just yards away. It was bright and huge and I felt its power immediately.

Michael opened the car door, sat inside, and began to tell me he was tired of sleeping on the streets; he wanted to come home. I looked at the cross and then at the boy who we loved so immensely, but I didn’t see that boy, I saw a son I didn’t know, a son who had never been penetrated by anything I had ever said or begged. If surrender had been on my mind leading up to that moment, by the light of the cross, it was no longer an idea, but a force.

If surrender had been on my mind leading up to that moment, by the light of the cross, it was no longer an idea, but a force.

I pointed at the cross. “I’m not your answer, honey!” I said. “That cross is your only hope! You have to surrender your life right there, at the foot of that cross! Look at you—you’re at death’s doorstep! Only the cross can save you now!”

He looked at me incredulously. “So are you taking me home or what?”

In the weeks to come, I realized having surrendered Michael meant he was no longer mine; I was turning him over. I had to accept God’s will for Mike and that might actually be death. I began the process of preparing for Michael’s funeral, even writing his obituary. Of course, it was an awful thing to have to experience. But underneath it all, I had an inexplicable peace. I knew that I was finally where God wanted me—depleted and completely surrendered to God’s will. All I could do was hope and pray that Michael’s experience as he stood alone in the glow of the cross of Christ, would do the same.

In just a few months, Michael also began the process of surrendering his life to Jesus. After several years, God has brought us back to each other not by our will but by his. Michael got clean, attended the Rock’s ministry school where he met a lovely Christian girl that he fell in love with and eventually married. They have even given us three beautiful grandkids who the whole family is crazy about.

I think back on all the many ways I tried to exert control over the situation and how completely hopeless each was. But God in his mercy used them to bring me ever closer and closer to the realization that a life lived for Him has surrender at its core.

Either God is God of your life, or you are. There is no in-between.