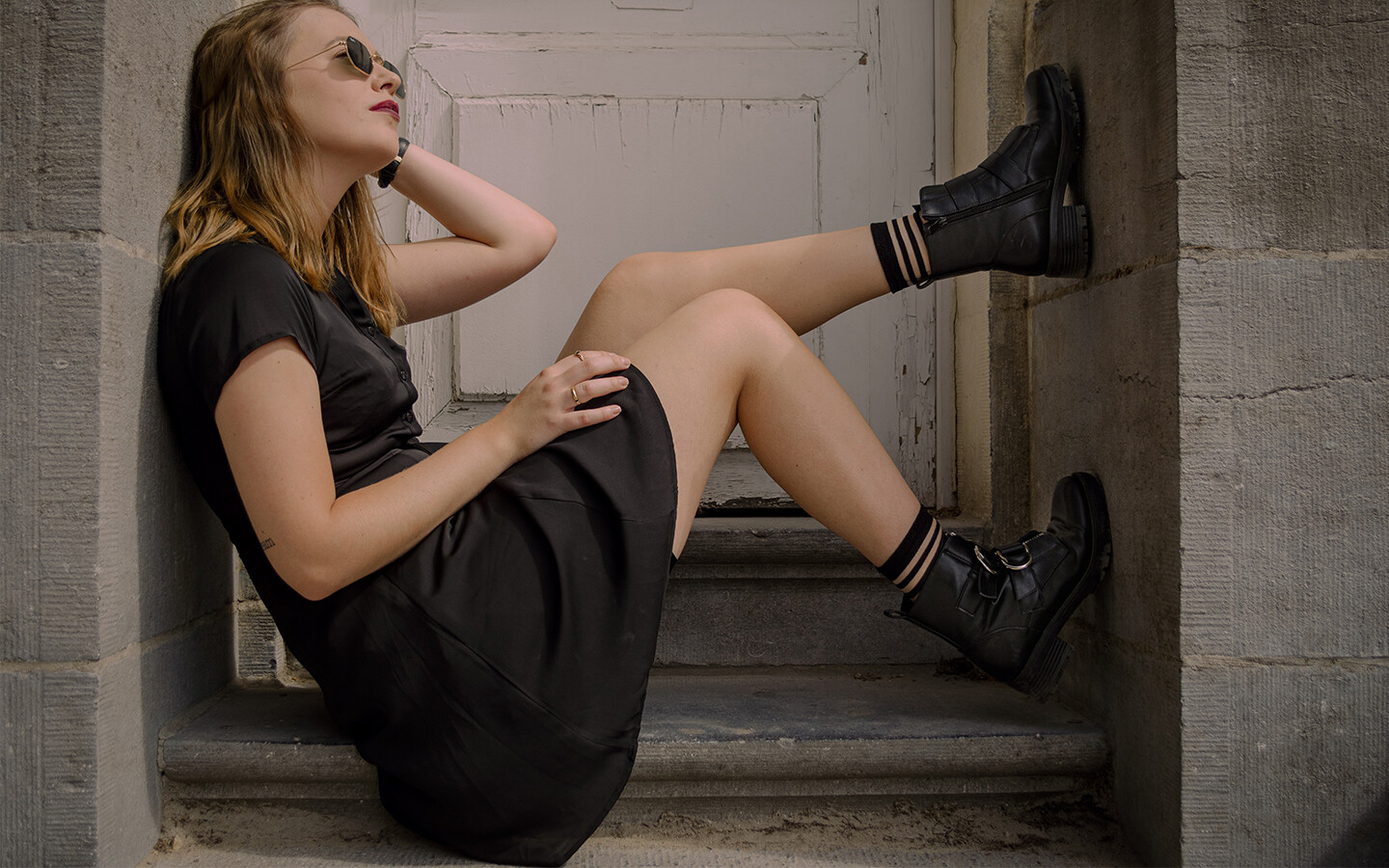 I was on the 91 freeway coming home from work on a smoldering afternoon when the traffic came to a complete stop. I was 29 years old and feeling tired and lonely and sitting there, the standstill offered my mind just enough time to begin to drift back over my life that was feeling increasingly empty.

I thought about how close I had found myself to the dark side—hanging out with people who flirted with evil spirits and astrology, worshipping bands like Depeche Mode and the Cure, and fascinating with scary Goth fashion, like black nails, dripping mascara, and shocking hair color. I found it so seductive and sexy. But now that I had done it for years, where was any of it leading me?

And I thought about all the men that I had given myself to, far too many men that I had exchanged my body for the hope that this time it would be different and I would feel loved and valued and could claim the promise that the act seemed to offer. But it never did. I felt like I left a bit of me in every bed I slept in.

I felt like I left a bit of me in every bed I slept in.

And then there were the drugs. For years cocaine had been the thing I looked forward to most on the weekends but recently had added meth to my list of narcotics. And now I was in a truly dangerous place in life.

If that wasn’t enough, I had moved in with one of my friends and her meth-head boyfriend. One night I came home to find him in a meth-induced freak out that scared me to death. After he screamed threats at me and pinned me up against the wall, I was able to get loose, dash to my car and drive away in the pouring rain—drunk, mind you—to my dad’s house. Afraid to go back, I moved in with my dad. And there I was, nearly 30, living back at home.

I stared out my car window and shook my head with disgust for the place I found myself in life. “God,” I said, “are you real?”

It was an extraordinary moment. I had almost no concept of God, not even any real interest or curiosity. I had grown up with no religious upbringing and obviously had lived with no consciousness for Him by the way I conducted my life. In fact, all I knew about Jesus was music from the musical Jesus Christ Superstar. But there in a moment of extreme lostness, when it came right down to it, God was on my mind.

In the days and weeks to come, God kept popping up as a thought. This was a first for me, and I had to take notice. For example, as I drove down the street near my dad’s house I noticed an old Baptist church on the corner. I must have passed by that church a million times. Why was I noticing it just now? Then my step-sister came by to visit and I confessed to her that I actually had some interest in going to that church just to check it out. “Me too!” she said. It was more confirmation that God was trying to get my attention.

Attending a few services, I can’t say that anything said was really calling my name, but there was one thing I couldn’t shake. It seemed like to know God was to take on Him as an identity. Just the thought of that felt so good and right to me. I had spent so many years choosing an identity and trying to fit in, hoping that I would find people’s approval or admiration or envy or...something. But it seemed like with God, you could just be who you were in Him. And that was it. Nobody to please. Nobody to impress. How that appealed to me. How exciting it was to think I could get off the treadmill.

In time, two of the pastors showed up at the house to visit me. I was happy to invite them in and we had a very nice conversation, although I wasn’t exactly sure why they were there. Finally, after a time, they said, “Well, Sharon, are you ready to receive Jesus and start a new life?”

Suddenly it was as if all the strongholds in my life shot to the surface and tried to claim me back. I immediately felt scared to make such a sharp break from my past.

Suddenly it was as if all the strongholds in my life shot to the surface and tried to claim me back. I immediately felt scared to make such a sharp break from my past.

“No!” I abruptly said to the pastors as I stood from the couch, “I’m not interested in that.”

“Oh—okay,” one of them said. “Well, let me leave you with this.” He handed me a tract that gave the gospel message about Jesus dying on the cross for our sins and that by His sacrifice, all of them could be erased from our record. In Jesus, we could stand before the Father clean, pure, and beautiful.

In bed that night, I took the tract in hand and read it again and again, mulling over the idea that anything could have the power to take from me all the things that I had done to myself. I had heaped on so much garbage—dead weight that I carried with me every day and told me I was no good. It didn’t seem possible that it could go away. Could anything like this promise from Jesus be true?

On the back of the tract was a prayer. All I had to do was say it and mean it, and I could become new.

Suddenly, I felt completely different. It was as if the weights stacked on each shoulder suddenly lifted. All my sins were suddenly a part of my past but no longer a part of me.

I wanted a new life, and I got one. More than 30 years have passed, and I love Jesus more each day. His promise to me wasn’t a momentary thrill, but a lifetime of joy knowing that I am clean and forgiven in Him. His goodness and love and light is my identity, and I am completely accepted by God—not by what I’ve done, but by what Jesus has done.

What is not to love about that?

Watch Church Online on Sunday
Stories
1.
For one salesman, being unemployed no longer means coming undone.
2.
A dancer looks right past the extraordinary blessing standing in front of her
3.
A married couple learns an important lesson on finances: money is a prison