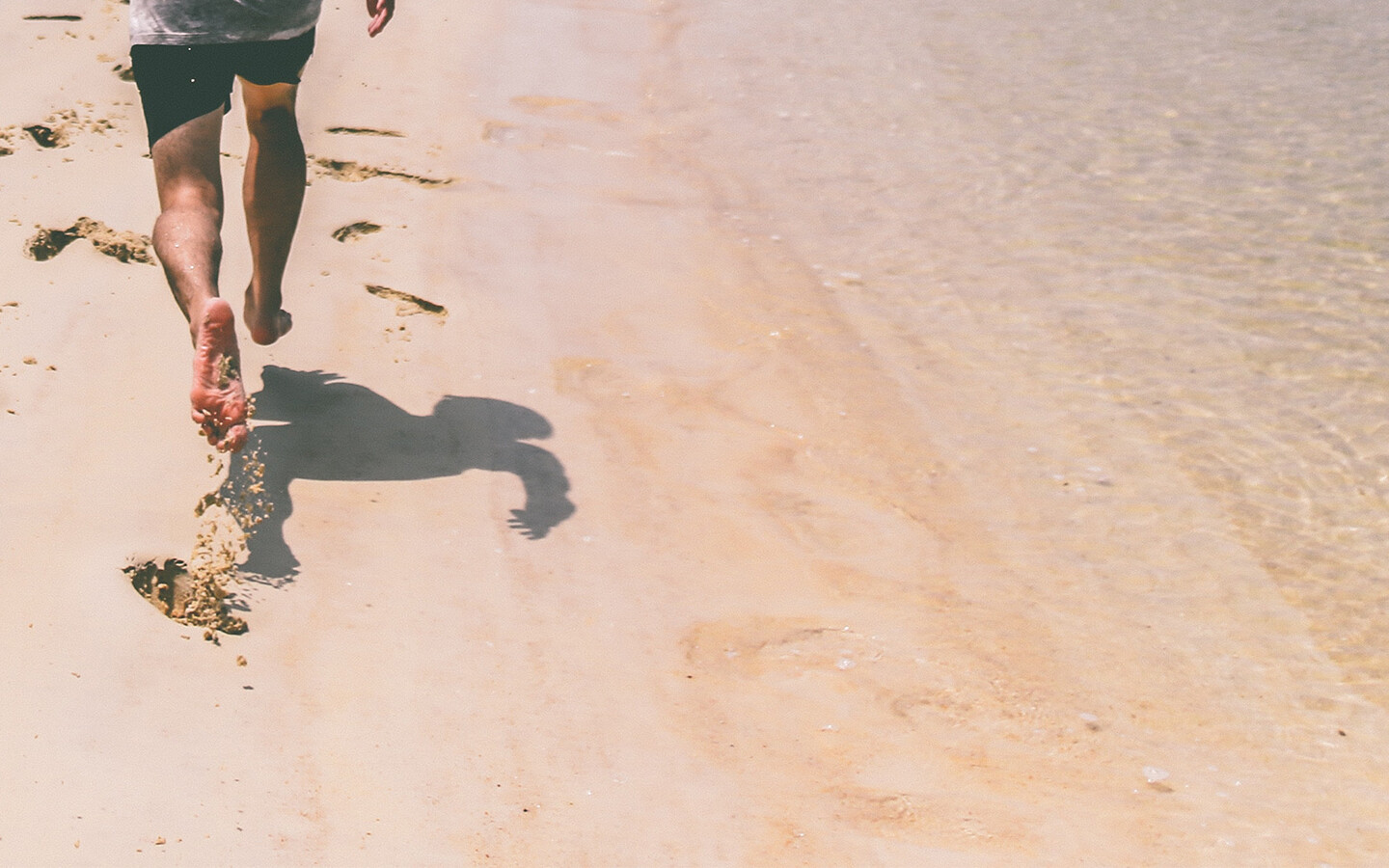 The Last Run on Pacific Beach

My headphones were on. The moon was out along a stretch of Pacific Beach. The glow of the tide was to my right and the cool sand was to my left. It was the same time and conditions that I chose to run in night after night as I tried to get in shape, get my life straightened out and rid myself of whatever it was that had me so down. Only this night would be my last attempt at it; everything was about to change.

I had spent the last 10 years of my life doing the only thing that I knew to do. Party. I was a master of it. Sure there was an assortment of drugs that came in and out of my life, but my real love was drink and plenty of it. Out with my buddies, I would drink dangerous amounts of liquor that would have me blacking out.

But here’s the thing. It wasn’t as if I was curled up in a little ball sleeping it off in the corner or with my hand wrapped around a glass and my head on the bar. I was up and around and going from bar to apartment to restaurant, and the only time I would learn about the night’s activity was when friends would tell me about it the next day. They would describe my behavior as perfectly lucid, with no slurring or disjointed thoughts as I tried to pick up waitress after waitress. Somehow I had the ability to carry on with my wits about me when in reality I was off my rear floating in dreamland. That scared me.

But still, each drunken episode was another story to share with friends—each a little validator that I actually had a life.

At the same time, I started having a lot of physical pain. Sure, there were the mornings-after as the alcohol was receding from my body, leaving me feeling physically and emotionally gutted. But all day long, whether I had gotten drunk the night before or not, I never felt good. Something was wrong with me.

But all day long, whether I had gotten drunk the night before or not, I never felt good. Something was wrong with me.

A trip to the doctor was a good thing, not because he found the answer to my problem, but because he was bold enough to press me on my lifestyle. In a moment of honesty, I told him everything.

“Well, let’s be real clear about something,” he said with a bit of scolding. “If you’re going to have a hope of feeling better, at the very least it will include changing your partying ways. No one’s body could hold up under that.”

And so, I made the decision to stop. I pushed away the drink. I ate better. I meditated. I exercised. I took special concoctions from the health food store. But still, I met my friends at bars—because how else was I going to spend my time? I didn’t know anything else.

Sitting there as a sober spectator was like watching my life pass before my eyes. I watched as my pals offered their wrists to the slavery of the alcohol; it was a ringside seat to the life I had been leading for so long. It was miserable, scary, and bitterly empty as each was convinced they were having the time of their lives. I would sit there and feel hopelessness come over me. This inebriated, obnoxious, loud living was the height of my existence? I couldn’t think of anything else to do with my time?

That’s why I was on the beach again that night. Running was an attempt to get in shape, shake this awful inner ache, and get my head around the possibility of someway, somehow having a different life.

I was running in the moonlight, pushing my body harder and harder when suddenly, by the light of the moon, or a nearby building, or heaven itself, the beach before me illuminated and began to change. It was as if the earth was shrinking and turning itself into a ball; it was transforming into a tiny earth, around which I was running.

You can keep running, Mark, but you’re never going to outrun this. You’re just going to keep running in circles forever, said a voice calling out to my spirit. I looked at the little earth before me just begging me to run myself to death, and I crashed to the sand. “Please God, if you’re real, please reveal yourself and take this from me!” I screamed out in the night. I could have reached out to Buddha, or transcendental meditation, or the universe, or any of the known deities…but on my lips was the God of the Bible.

I could have reached out to Buddha, or transcendental meditation, or the universe, or any of the known deities…but on my lips was the God of the Bible.

“Please, Lord. You have to help me!” Like a little boy again, I cried my eyes out.

One morning not long after, I walked out onto the beach and came across a girl who was reading her Bible. I commented to her that I had been interested to know more about her God lately. She insisted that I meet her guy friends, which was the last thing I wanted to do. I had no intention of meeting a bunch of dudes in short sleeve shirts and neckties. But when her friends arrived, I was taken aback. They were a bunch of surfers who, if I’m being honest, were way cooler than me.

They invited me to church and over the weeks I visited several (the Rock being one), and when I heard about all that Jesus did to bring me to Him, like leaving His Father, allowing Himself to be sacrificed on the cross, and then raising from the grave, I simply had to give Him a chance to show me there was something more to this life. And He has.

Jesus is it. He is everything. I can run from my problems all I want with the help of many good and worthy things, like exercise, therapy, self-help books and will power, but I will never find the power, love, and acceptance that I have found in Him.

He is the only one who can make me feel the way I do: joyful and excited for every day. To anybody who has made a life of going to the bars and drinking it up with friends, Jesus is what you’re hoping is at the bottom of every bottle—validation and worth. How many bottles and bars have you loved that never loved you back? For all that time and money you gave them, what did you get in return?

Life with Jesus is life abundant. I finally have it, and I’m never letting go. I have days when I’m lazy and I don’t pursue God like I should. But when I’m on my game and I’m giving God the first of my day, reading, then praising Him all day long, it’s like I can’t get enough. I drink it in as fast as I can.