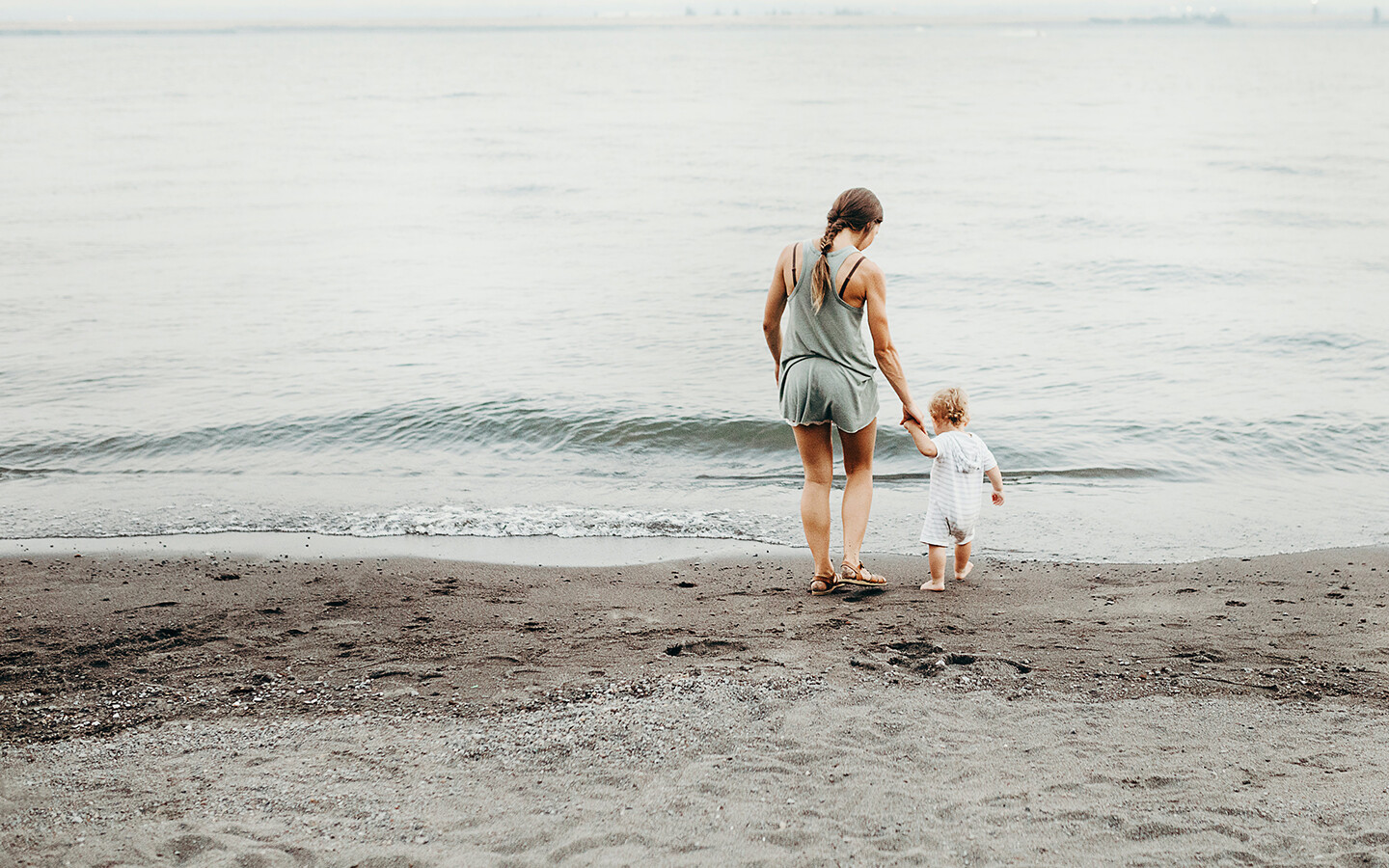 My husband and I were visiting some close friends,  Joyce and Fitz in Pismo Beach with our four-year-old twins.

My husband, Wayne, wanted to watch the Daytona 500 on TV and I thought I would take our twins down to the beach where the yearly Mardi Gras was happening and flooding the town with tourists. I was happy to give Wayne a little rest from the kids so he could enjoy his time with Fitz in front of the TV.

While at the beach, all I had to keep time was my diamond watch, an anniversary gift given to me by my husband that I was keeping secure and clean in a bag in my purse. I had about three hours to kill.

At the beach, my son insisted on going into the men’s bathroom—by himself—and it started a bit of a standoff between him and me. I dropped my things on the ground for a moment to take his shoulders in my hands and tell him under no circumstances was I going to allow him to go into the men’s bathroom by himself—it was crawling with tons of guys with a line coming out the door.

When I returned to get my purse, the small jewelry bag where my watch was kept was gone. I freaked out. Looking around frantically, I wondered if it fell out of my purse between where we were and our car. So I took the kids and retraced the path we made to the beach three or four times.

When I returned to get my purse, the small jewelry bag where my watch was kept was gone.

A man saw me panicking as I dragged the kids around and asked if everything was okay. I told him the story and he said the Chamber of Commerce office was nearby and if something was found it would likely be turned in there.

I arrived at the office and, seeing that it was closed until Tuesday as it was a holiday weekend (it was currently Sunday), I left my number as well as Joyce’s because they lived at Pismo Beach and we would be leaving the next day, Monday.

I arrived at Joyce and Fitz’s house and when  Wayne saw me crying hysterically he thought something was wrong with the kids. When I told him what had happened, he was just relieved that the kids were fine. “It’s OK, honey,” he said. “Forget about the watch. You’ll never see it again.”

“I think I will see it again,” I replied.

Later that afternoon, I went to the police and told them my story. “They will have sold it by tomorrow. You’ll never see that watch again,” the officer said. “It’ll take a miracle.”

“Well that’s good,” I replied. “The God I serve is the God of miracles. And I think I’m going to get my watch back.”

He smiled with disbelief. “Okay, ma’am, go home and fax me a picture of the watch.”

We left that night for home, a day early. I was determined to get a picture of my watch to the police officer before too much time passed.

We arrived home late that night. The next morning I thought we should get our springer spaniel from where he was being boarded at the veterinarian. “Let’s not,” Wayne tried to reason with me. “We’ve paid until 6 o’clock. Let’s just let him stay until we get unpacked.”

When I got to the vet’s office I asked them to retrieve my cocker spaniel. They brought out a black Labrador.

They checked their paperwork.

“Hmm. Perhaps your dog was taken to one of our other facilities across town. That happens sometimes,” they asserted.

I called Wayne and told him what was going on. “I’ll be there in five minutes,” he said like he was steamed. What seemed like thirty seconds later, he barged in the door.

“Hi, honey,” I said. He walked right past me and burst right through the vet’s door that leads to the back. As he looked around, he saw through the glass wall to where the operating table was—and where our dog lay. The doctor had a scalpel in his hands and was about to make an incision in our dogs shaved back.

“Stop!” Wayne screamed, pounding his fist on the glass. “That’s my dog! He’s not here for an operation!” As the staff looked at the paperwork, it was revealed that our last name, Patrick, was the same as the black lab’s first name: Patrick!

As the staff looked at the paperwork, it was revealed that our last name, Patrick, was the same as the black lab’s first name: Patrick!

That evening we celebrated God’s faithfulness that He orchestrated my losing the watch just so we’d have to come back home early. How else would we have saved our dog from what they told us was a very dangerous surgery?

The next day, I received a call from Joyce, who had been contacted by the man who saw me frantically looking for my watch and suggested I leave my name at the Chamber of Commerce. Miraculously, his wife, who was at the Mardi Gras that day, went to throw her trash in a garbage bin along the street when she stepped on something. When she looked at what it was, the bit of trash under her shoe was covering my jewelry bag—with my diamond watch inside!

“He said it looked like whoever lifted it from your purse,” Joyce told me excitedly over the phone, “was about to get caught and tried to hide it with trash and probably planned to come back later. When his wife showed him what she had found, he went to the Chamber of Commerce office where he had told you to go, and saw that you left a note just inside the door with both our numbers on it.”

But first things first. I just had to call that police officer who didn’t believe that I would ever see my watch again. “Oh my God, that’s a miracle,” he said to me, then I heard him say it to others around him.

“I told you I serve a God of miracles,” I said.

“Lady, I have stopped going to church a long time ago,” he replied. “I think it’s time I go back.”

My dog was saved. That was miracle number one.

My watch was found. That was miracle number two.

The police officer was moved enough by the experience to want to seek God again. That was miracle number three.

But there was one more.

When Joyce received my watch and gave them a check for $1500, the man said. “We’ve been trying to buy a house, and the escrow fees are more than we have been able to scrounge up. We were short—$1500!”

Watch Church Online on Sunday
Stories
1.
For one salesman, being unemployed no longer means coming undone.
2.
A dancer looks right past the extraordinary blessing standing in front of her
3.
A married couple learns an important lesson on finances: money is a prison