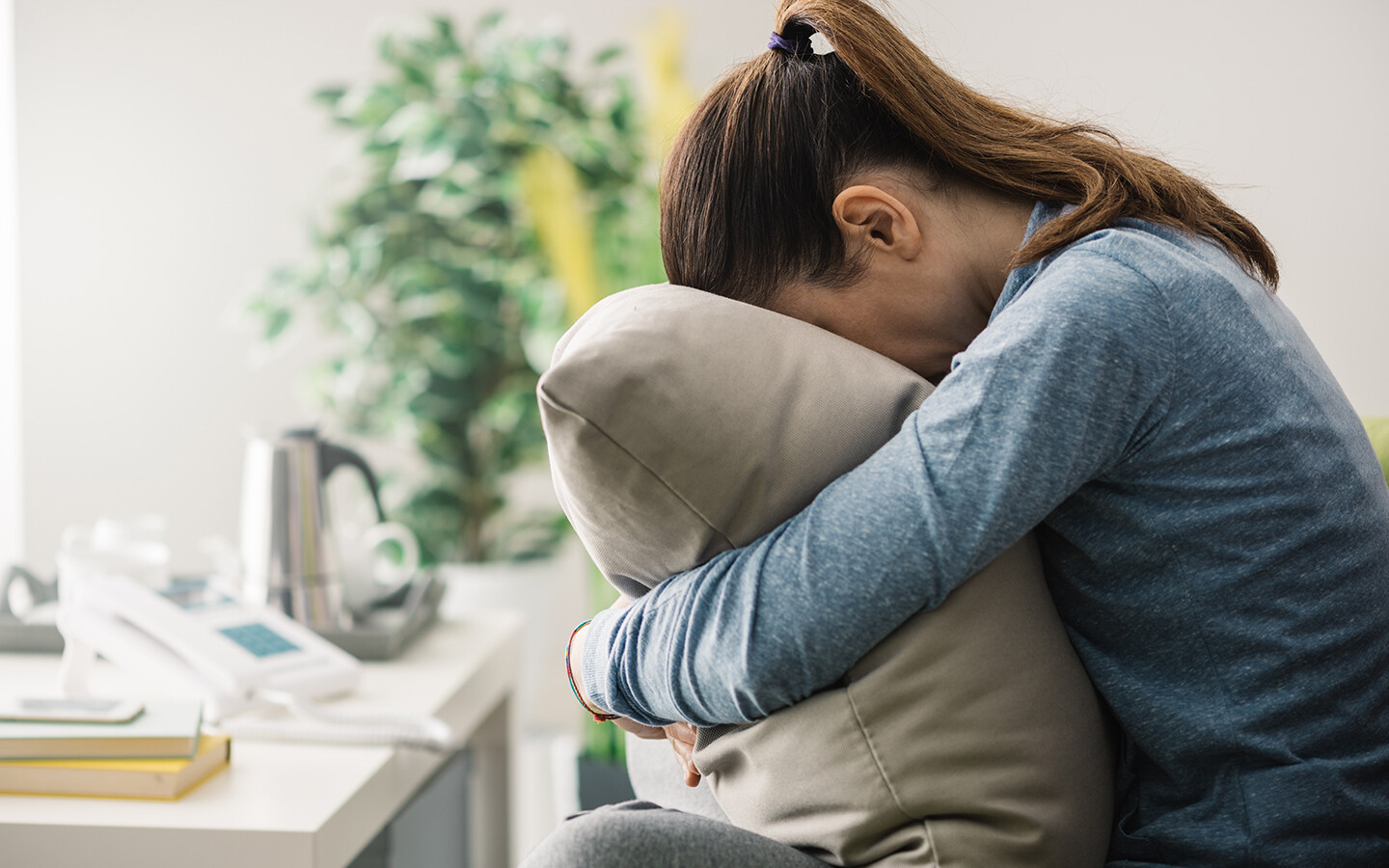 Valerie sat gingerly with closed eyes in the passenger seat of a car driven by her husband, Chad, her mind lost in a whir of prayer. As the car traveled toward Sacramento, each bump was an electric shock through her nervous system, which caused her pulse to race and her eyes to squint. It would be a two-hour drive to the church. It would seem like 22.

It had been four long years since Valerie was walking through a grocery store and slipped and fell on a not yet tended-to spill. When she got up, she walked over to the manager to report the spill, and as she ventured a look down at her left ankle that she could suddenly feel, it was starting to swell. Hmm, she thought. That’s not good.

In the weeks to come, her ankle would swell to four times its size. A trip to the doctor confirmed her suspicion that it was just a bad sprain. But eight months passed and nothing got better. The pain seemed to increase, and it was just as black and blue as ever. When she was sent to a specialist he had good news and bad. “I can fix it,” he said, noting that her ligaments had actually detached. “But because it was not repaired quickly, you will always have chronic pain.”

“I can deal with that later,” she said. “Let’s just fix this thing.”

The operation was 11 months after the slip. The ligaments were successfully reattached. She couldn’t wait to have her leg back. Finally, the day came that the doctor removed the cast. Valerie’s heart sank. It looked and felt worse. Just stay patient, she pleaded with herself, it may just need more time to heal.

Thirty days to the day, just as the doctor predicted, it was as if someone started a low flame under her foot. Only this time, the black and blue were joined by red. Dear Lord, she thought, what is going on with me?

Thirty days to the day, just as the doctor predicted, it was as if someone started a low flame under her foot.

“You have Complex Regional Pain Syndrome,” another specialist told her. “It’s what happens when a limb sustains a traumatic injury and is not repaired promptly. It’s a pain that spreads and is acute.” And then he added. “There is no cure.”

Valerie was at a loss. She couldn’t believe a little slip in a store could so change her life. Since that day, she hadn’t had a moment without pain.

Suddenly, it was as if someone turned up the gas key. Her foot started to burn as if there were flames. She looked, down certain that fire was consuming her foot, but there was none. Valerie was in agony.

Then the bottom of her right foot began to feel hot as well. “Oh, God, no,” she cried. In a few days, both feet were equally on fire. Valerie actually expected to see long, red flames coming out of her shoes.

“100!” she answered when asked by her doctor to rate the pain, 1 to 10. As she lay in bed, not even her sheets could touch her toes. In the middle of one particular night, she saw a monster in her room. As she cleared her eyes, she saw that she was looking into the mirror. Her face had swollen to twice its size and her eyes nearly closed.

The worst was yet to come. The pain traveled to the back of one calf and then on up to her hands, making her fingers feel like each had been smashed with a hammer. Everything was burning, her skin was red and hot to the touch.

Valerie would find herself crying for hours at a time, with hope starting to slip away. She took as many as 30 different kinds of medications, including morphine. Nothing touched the pain. She had an electrical device inserted that told her brain that there was no pain. It didn’t work. She had an epidural and other spinal manipulation, and they also didn’t work. Months turned into years and the only thing that changed was that the creep of searing pain was spreading to her elbows, hips, shoulders, and to the back of her neck. She was a woman on fire.

She took as many as 30 different kinds of medications, including morphine. Nothing touched the pain.

“I know you can heal me, Lord. Help me to endure this. I am begging you.”

“What is your greatest fear,” the therapist asked.

“I’m useless at home. I talk about fire on my body when there is no fire. I’m afraid my husband will have me committed.”

To keep from being “put away,” she began to hide her pain by putting on a smile so no one would know. She offered hugs at church when she wanted to scream. She feared that God must be punishing her for unconfessed sin. It had been four years. The only energy she had left was spent on crying.

“I need You to meet me at the church!” she called out to God while Chad drove toward the healing conference near Sacramento. She thought she was praying silently. Her voice actually filled the car.

The church was filled with people in need of healing. Chad helped Valerie inside and gently sat her down. Neither knew what to expect and couldn’t say they fully believed, having never been to healing services before. But they were simply out of answers.

The pastor invited the presence of the Holy Spirit, then asked the people who were there to pray to raise a hand. Valerie slowly made her way to a woman who began by touching her head. Valerie closed her eyes and her mind went somewhere deep inside, not hearing the woman’s prayer at all.

Suddenly, as if big, cool, water drops were rolling off her body, the pain trickled away, starting with her neck, and then her shoulders, elbows, hands, hips, calves, and then ankle.

“Amen,” said the woman. Valerie sat down and began to cry. “I’m healed,” she cried out, feeling a full range of motion in her ankle. “Lord, You came!”

When Chad and Valerie arrived at their house, she bounded up the porch steps. “Hurry up, slowpoke!” she called to Chad. Her face had the broadest smile of her life.

The next day she was packing a box of things to send to an orphanage. Next to the box lay her daughter’s jump rope. She looked at it just laying there. Oh, yes I am, she thought to herself.

The kids, who were in a different room, heard a strange tapping that they couldn’t quite make out. When they ran around the corner, Valerie was jumping rope. “Mom! Are you sure you should be doing that?” they screamed in fear.