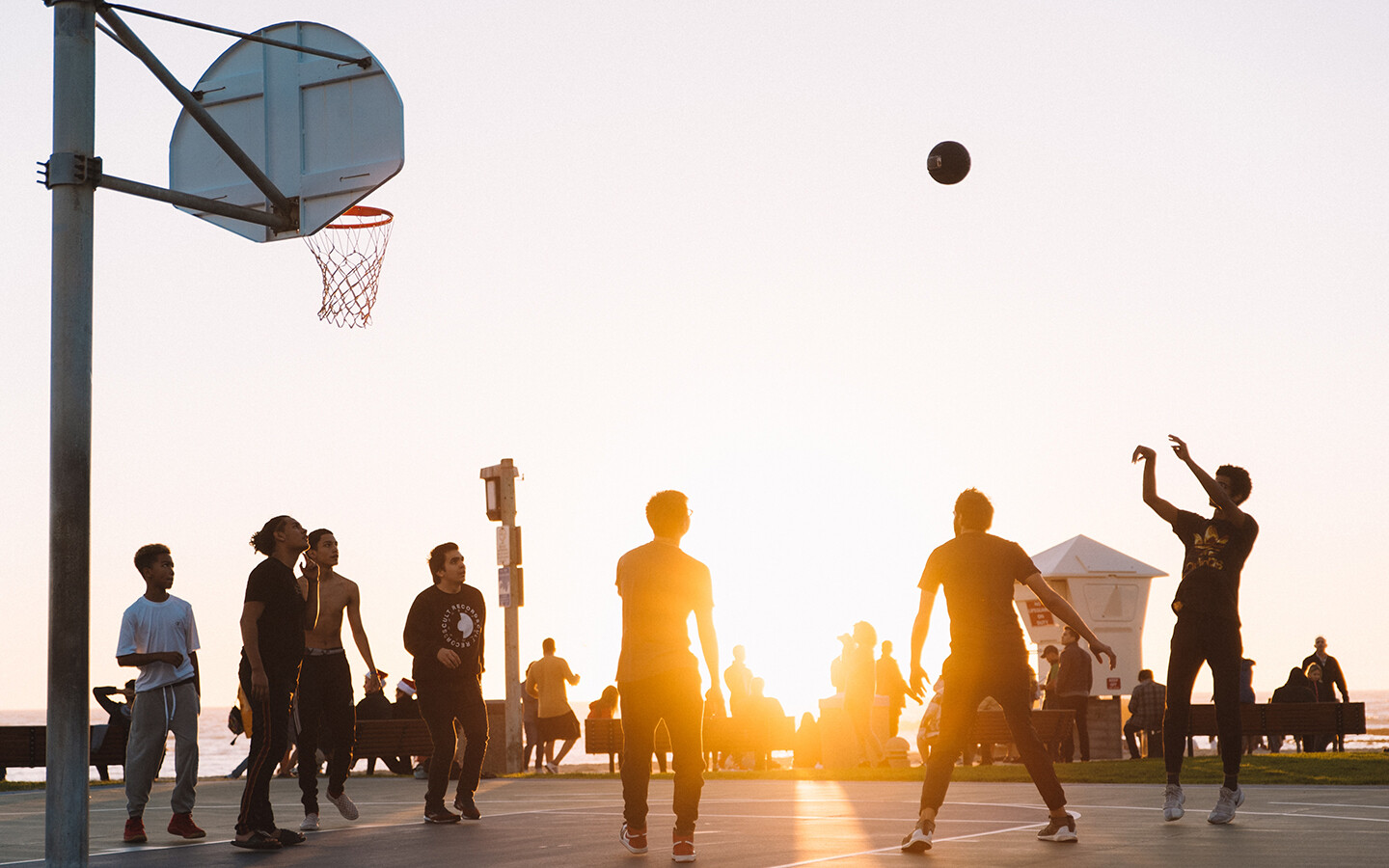 The Pick Up Game

Greg Wright stood on the outskirts of the park, a basketball wedged between his arm and hip, and watched a pick-up game taking place on the basketball court.

As the six-foot-seven former college star watched, he sized up every player. It was the same skill he had used to his advantage in business; he had quickly climbed up the corporate ladder. He was adept at looking like he cared about others, but Greg really only cared about getting ahead.

That’s how you make it, he justified. Set a course, remove the flaws, go around the impediments.

Finally, he approached the court. He intended to dominate. When they saw him coming, their eyes lit up to see all six-seven of him. He was chosen for a team right away. Okay, Greg thought. Now it’s time to show my stuff.

Greg was guarded by a tall guy named Tex, and as the next shot went up, Greg found himself free of him. He swooped in for the rebound and without coming down, decided to put the ball back up. Just then, Tex jumped to try to block Greg’s shot. Greg tried to push through the block with Tex and Greg’s hands on opposite sides of the ball.

It was one of those rare moments in life when everything aligns perfectly: the weight, the angle, the timing.

Greg began to fall backward. His back hit the surface first, followed by the slapping of his skull on the concrete like a rain-soaked Sunday newspaper. Everything stopped. The ball bounced aimlessly to the grass as the guys gathered and looked down at the giant with the still body, a blank stare, and a slight sound of air escaping his lungs.

His back hit the surface first, followed by the slapping of his skull on the concrete like a rain-soaked Sunday newspaper.

When Greg woke up, it was on the fourth of nine days he had spent in the ICU. He was wired up like a NASA experiment. “Where am I?” he groggily asked.

The doctor approached as his wife Sheila held his hand. “Mr. Wright, you’re going to make it.  You are a very lucky man.”

Greg had sustained multiple fractures to the back of his head.  He had a broken incus (one of three bones inside the ear) and a severed nerve that controls taste and smell.

When Greg left the hospital three weeks later, he was a mess. He was rickety and wildly dizzy. He had severe headaches—some lasting for weeks. He winced just touching his hair. All sound was like banging a cymbal inside his head. While his family slept, he was kept wide awake by the pain. He was stripped of his driver’s license and reliant on others to take him places. Greg was miserable and mad at the world.

As the weeks went by, Sheila witnessed Greg changing into a different person.  He was as mean as a hornet—and she didn’t like it.

“Where are we going?” Greg curtly asked her after she made an unexpected turn while driving him home from outpatient therapy.

“You’ll see,” she replied. Arriving at the beach, she parked and turned toward Greg who was mumbling and nearly climbing out of the window like an animal trying to get out of a cage. He stopped and looked at Sheila staring at him. He had seen that look in her face before. Sheila stuck her finger in Greg’s face and read him the riot act. “You’re destroying everything. You’re destroying your family. You’re destroying me, and you’re destroying you—all because you can’t have your way!”

Greg looked at Sheila one more time, focusing on the had-it-up-to-here look on her face. “I have just two words to say to you,” he confessed. “I agree.”

The first thing Sheila wanted to do was to go back to church as a family. They drove to Rock Church and entered late.  Greg, with a hoodie pulled over his head and arms folded, looked to the stage. He saw someone or something he couldn’t quite make out moving towards the center. What is that? he thought. It was Nick Vujicic, the evangelist who was born without arms or legs.

“God, you’ve got to be kidding!” Greg said to himself indignantly. “I come to church and this is what You give me? There is no way! What’s he going to tell me?” Greg was essentially squaring himself up against the little man.

Again, it was one of those rare moments in life when everything aligns perfectly.  The evangelist had nothing more than a torso and a deformed foot.  Nick spoke about the boundless and exhilarating freedom he had in Christ.  He was not a prisoner in his tiny body.  Greg suddenly had nowhere to place his self-pity.  He looked up at Nick, who was smiling and loving his audience.  Nick was excited to speak of how God had given him a life without limbs but also a life without limits.  Greg was struck between the eyes.

Later on, Greg lay on the floor of his bedroom with tears streaming down his face.  He thought over and over about what he had seen and heard. He simply couldn’t shake the idea that the only way Nick could be so joyful was for something in him to actually redefine the meaning of his existence.

He has never been the same since.

Greg made a full recovery and often thinks back on that pick-up game.  He realizes it was so much more than what it appeared to be. He thought he was there to get some exercise. He was actually there to get a new life.