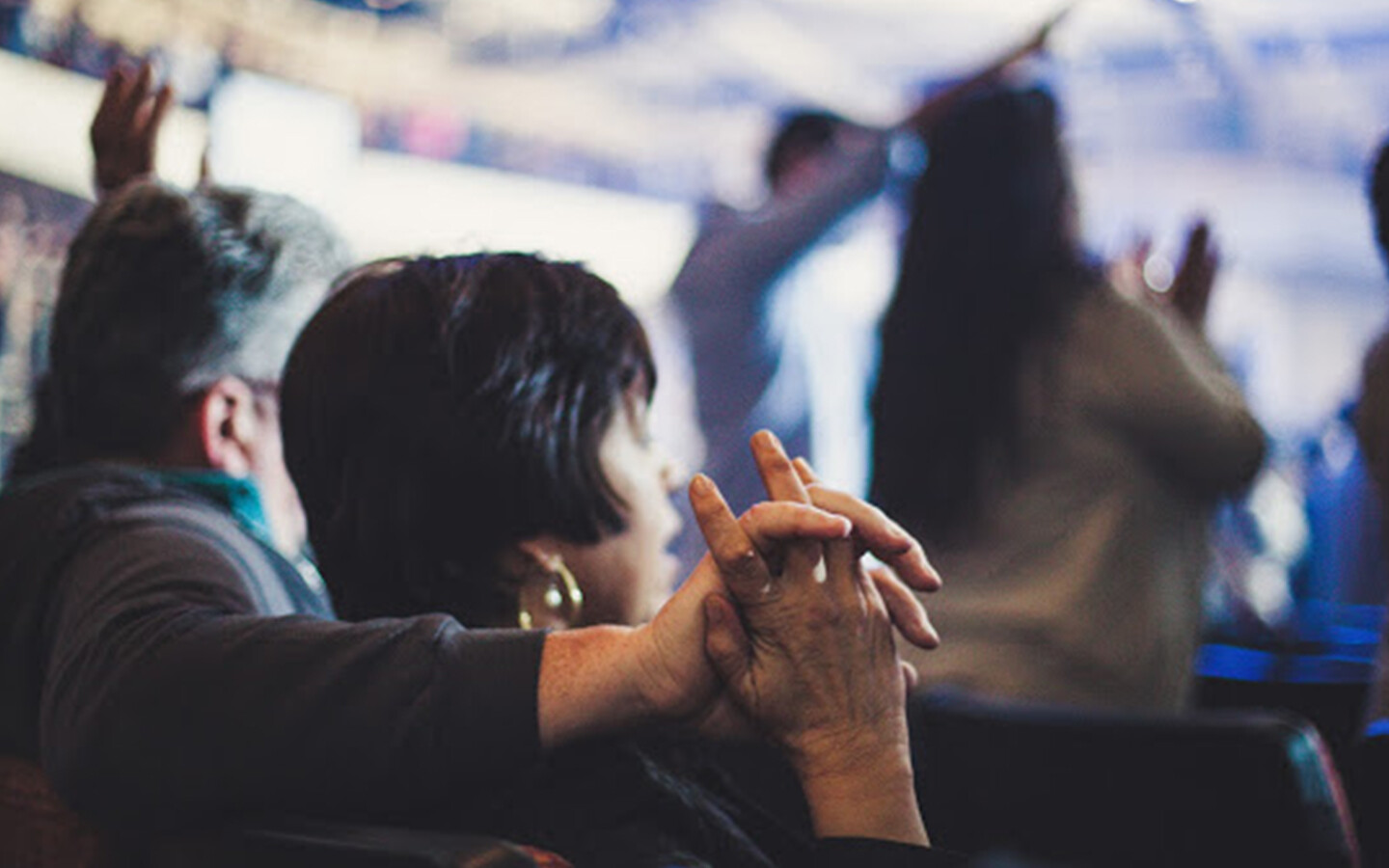 The Good Life Gets Better

When Pastor Miles asked the audience if we wanted to surrender our lives to Jesus, I knew the answer was yes. What wasn’t quite so clear was why.

You see, I had lived a pretty good life up to that point. I was raised by my mom and grandmother, who instilled a nurturing and caring side in me, and when I became a teenager, my mother married a man who took me under his wing and taught me how to be a man. I excelled in pretty much everything I did (school, sports, etc.) and had the opportunity to attend UCSD, where I met my beautiful wife, Rebecca. I started to party harder than I should have and got off track, nearly being forced by the University to take some time off. Luckily, a mentor of mine straightened me out, and I ended up graduating with a degree in Urban Studies and Planning.

Post-graduation was smooth sailing as I immediately got a job in Irvine with a consulting firm, and in short order, I was being groomed and given plenty of opportunities to move up the ranks. I was learning the ropes and advancing, and within a few years, the company worked with me to help me move back to San Diego. I confidently began the pursuit to purchase my first home. I asked Rebecca to be my wife. She said yes, and we started the next phase of our lives together.

Suddenly we were married and in our beautiful new home and it seemed as though it was time to check off the next item on the American dream list: starting a family. We decided to try, and the very next month we were expecting. And why not? Everything else I did went smoothly. I had an amazing wife, the house with the pool, the career, and everything else in life I always wanted. I had lots of great friends and had all of the new toys and enjoyed expensive hobbies, and that only took the partying to the next level. For example, I had no hesitation whatsoever about spending $500 in the VIP section at the club on a weekend night to sip on overpriced alcohol into the wee hours of the morning. I was having fun, a little too much fun.

But suddenly, amid this “great” life, my wife miscarried, and while I took it in stride (or at least thought I did), the experience affected her differently. She was devastated by the loss of our first child, and unbeknownst to me, she began thinking about God. Around the same time, those same thoughts of God popped into my head. Perhaps the miscarriage hurt me more than I realized? It seemed as though God inserted Himself into my mind, and He just wouldn’t leave. I thought about Him constantly. Finally, I came home one day and suggested to my wife that perhaps it was time that we went back to church. I mean, God was at church, right? At least that’s what I thought up to that point of my life.

She was devastated by the loss of our first child, and unbeknownst to me, she began thinking about God.

“How about this one?” she asked. She showed me a little about the Rock, a church she had visited alone a few weeks prior to attend a worship night that she had heard about on the radio.

I saw that the Rock streamed their services, so it seemed like a good way to dip our toes in the water. As we watched that first message, we became a little more interested in the church. Both of us were raised Catholic and had a basic foundation of God, but the Rock was different. It was fresh and Pastor Miles was funny and contemporary, so we decided to attend in person the following week.

The next Sunday we went to the Rock, and I listened like I had never listened to a preacher or priest before. I was glued to the stage. At the end, Pastor Miles made an invitation to come down. I stood up. When my wife saw me, she stood too. It was there that I had to ask myself why it was that I found myself on my feet. What was I missing in a life full of everything I could ever want?

Suddenly, it occurred to me. Pastor Miles presented a God who was seeking a relationship with His people. A relationship that is real and personal.  I had never heard that before, or maybe I had and just never really paid attention. Either way, I knew that at this moment in my life, God was calling me. He was literally speaking right to me.

We went down to the front in response to the altar call, and I knew that this was different. I knew something had changed inside of me, but I had no idea how different my life was going to become. At one point soon after, when we were trying to get into an rGroup, we were encouraged to start our own. I was shocked by the suggestion. I had just been saved myself, how was I going to lead someone else, let alone a group of people?

But we were told that all we had to do was open our home and the Rock would supply everything else. So, we decided to do it. And despite thoughts of canceling the group and not meeting, the very first night, two of our friends accepted Jesus. We were like, What's going on here?

Then, there was the time we were going to a family wedding and the Lord had put on my heart that I needed to leave the drinking life behind me. So, I made the decision that I was going to abstain all night. Known as a partier, everybody expected me to drink. I mean, my normal routine was drinks and shots until the bar closed and that’s how everybody knew me. But that night was different; that night, I wanted to be obedient to what God was calling me to do.

Sure enough, later that night, a cousin came up and began to confide in me some pretty painful stuff concerning his marriage. By the end of the night, my wife and I were leading them both to Christ. I had a sense that not drinking was part of God’s calling on my life, and to be honest, I didn’t want to stop, but this confirmed it, and more than continuing to drink, I wanted to be obedient. Shortly after this, my wife and I were home, and blasting worship music, we poured every bottle of alcohol  down the drain and never looked back.

In the following months, I became involved with the Men’s Ministry and completed the Ironmen Disciple’s Path, and the Pastoral Support Team trainings as I began to sense the pastoral calling on my life. I knew it was coming but when I applied for the Associate Pastor’s position at the City Heights Campus (my current role), I was blown away that God was giving me the opportunity to serve Him vocationally. My life has literally been flipped upside down, and I wouldn’t change a thing. It reminds me of Mark 1:17 when Jesus says to Simon and Andrew, “Come, follow me and I will make you fishers of men.” Jesus was offering them a life 180 degrees different from what they knew, and that is exactly what he has done for me.

My life has literally been flipped upside down, and I wouldn’t change a thing.

I know my testimony does not follow the conventional path, where life was a mess until God came along to make things right. But in a way, deep down, that element is still there. Because, I was lost in my good life. It took a relationship with Jesus to get me to see that nothing I could provide for myself could compare with what He was trying to offer me.

Lastly, I want to honor those people who helped point my family and me in the right direction. Discipleship was and is a critical component in my story. If it weren’t for the Rock Church team members and my friends who consistently encouraged me to follow the discipleship pathway (LIFE Class ->rGroup -> Ministry) I know I wouldn’t be where I am today. It was a process where I was able to learn, grow in faith and understanding of the Gospel, and build relationships with people who could help encourage and keep me accountable. It has been a life-changing benefit for me, and I know it will be for you too. Be encouraged, God loves you! Blessings.