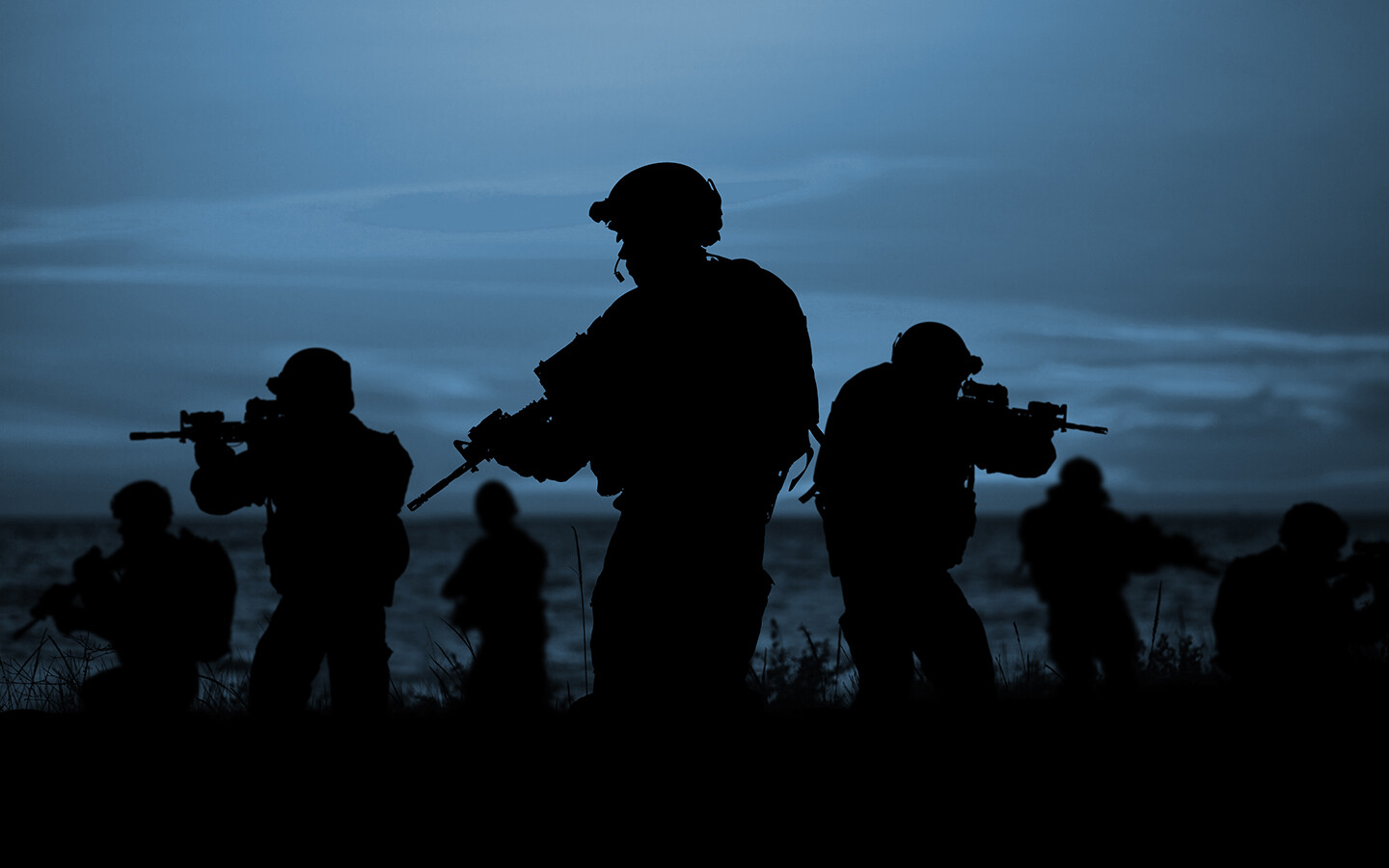 Jeff Bramstedt was a SEAL medic about to board one of four boats racing to a location two miles off the coast of Guam. He would soon witness seven fellow SEALs parachute into the water during a training exercise.  Jeff found himself loading an extra O2 cylinder in his pack that morning.

And he had no idea why.

As the teams boarded the boats, the radios confirmed the parachute team was traveling toward the target. The rendezvous was underway.

Smith, the first parachuting SEAL to land on the water, had trouble with his release system and didn’t make it out of his harness before splashing down. Team member Garcia, released from his harness, landed right in the lines of Smith who was still attached. As Garcia’s head surfaced, Jeff could see he was caught in Smith’s lines. The wind picked up and Garcia’s inflated canopy began to pull quickly. The lines jerked across his neck. Suddenly it became clear Garcia was being strangled.

Jeff swam at a panicked speed to find that not only Garcia’s neck was caught, his arms were also tangled in the mess. The lines on his neck were wrapped so tightly that the skin and muscle had collapsed over them.

He glanced back and saw the boat had caught its propellers in the canopy and was now trying to chug its way out.

Jeff looked in Garcia’s face. He was gone; dead in the water. Suddenly, Jeff felt the lines gather around his own body. Smith, the first SEAL in the water, had gotten himself out of his release system and now his lines were encircling Jeff.

Jeff looked in Garcia’s face. He was gone; dead in the water.

Like a spool of twine, Jeff and Garcia were wrapped tightly together.  Jeff could no longer move his arms—and they began to sink.

He tried to wiggle free. He couldn’t, and so he tried to reach five inches to pull Garcia’s 02 release. He couldn’t reach it. The line around his body cinched tighter and tighter. Jeff felt helpless as he was being pulled further under the surface strapped to his dead teammate.

As the water and bubbles rushed past his face, the gravity of the situation began to come upon him.

So this is where it ends, he thought. Face to face with a dead man over the Marianas Trench, a piece of ocean so deep that the bottom has never been found. My body will never be located. My parents will have to have a funeral without me. I will never be a father. I will never grow old with a wife…

Suddenly, they reached the end of the full length of the line.  The other end was still stuck in the propellers. They began to slowly swing back under the boat.

Jeff noticed the quiet and calm. I know that I will die someday, he thought. It’s just not going to be today.

Immediately, Jeff realized he could still dolphin kick. I’m strong, he thought, I can do this.

He began to push every muscle to its limit as he kicked and kicked and tried to undulate his and Garcia’s body upward, higher and higher, inch by painfully slow inch. For a time, he couldn’t tell if his struggles were making any difference—Am I just twisting in the water? His lungs were about to explode as the surface now seemed to come into view.  The more Jeff pushed, the daggers of pain would tear away at his chest. With the surface appearing to be only inches away, he could not break into the blue sky he saw. He pushed some more, kicking his feet underneath him, moving his body back and forth, back and forth. The outer edges of his vision slowly began to close, like a camera lens shutting. Still, he undulated.

Suddenly, he was ripped from the water. His supervisor had grabbed the line and launched Jeff and Garcia over the edge of the boat.

The sound from Jeff’s lungs was a horrible screech.  He pulled himself loose and looked: Garcia’s face was a bright, tomato red.

He quickly turned Garcia on his face and began to cut away at the lines on the back of his neck.  He turned Garcia back over, ripped the lines away, and with his two teammates began to expand and contract Garcia’s lungs with the extra O2 he packed that morning.

They transferred Garcia to another boat, velcroing him onto a spine board.  It was a full-throttle gallop over the swells back to the shore.

Garcia had been without air for over six minutes. To bring someone back after six minutes borders on the realm of the miraculous. The team continued creating the inhale and exhale motion of Garcia’s lungs as Jeff had instructed. Garcia was not responding. “Come on!” Jeff called. “Come on back!”

Garcia had been without air for over six minutes. To bring someone back after six minutes borders on the realm of the miraculous.

Just then, his muscles contracted, springing his body forward and snapping the velcro constraints like twigs.  Garcia began to vomit. “We got him—he’s back!” Jeff yelled to the supervisor driving furiously.

Garcia opened his mouth. Like a dictionary shaking its contents loose, random words exploded: “Monster me cliff with laughing off, off, off, don’t spin the time, up the grass…”

In the hospital, the E.R. staff sprang into action and rushed Garcia down the hall. Jeff watched as the team wheeled him away. Standing in the hall alone, he took a deep breath.

He walked out onto the receiving ramp at the back of the hospital and sat down, wrapped in blankets. The wind had calmed.  It was another beautiful day in Guam. The warm sun beamed brightly on the ramp.  Jeff was still cold. He pulled the blankets tighter around his body.

Everything was all at once so quiet.

He felt it first on his back, then his shoulders. Then the trembling moved toward his throat, then his face. The full force of what had just happened found its way to the surface and breached. Jeff knew a miracle had just occurred—that God had given him and Garcia a second chance. And there, he cried in great waves.

POSTSCRIPT: The use of the O2 saved Garcia’s life. He made a full recovery. Jeff now runs a ministry called lifeofvalor.com