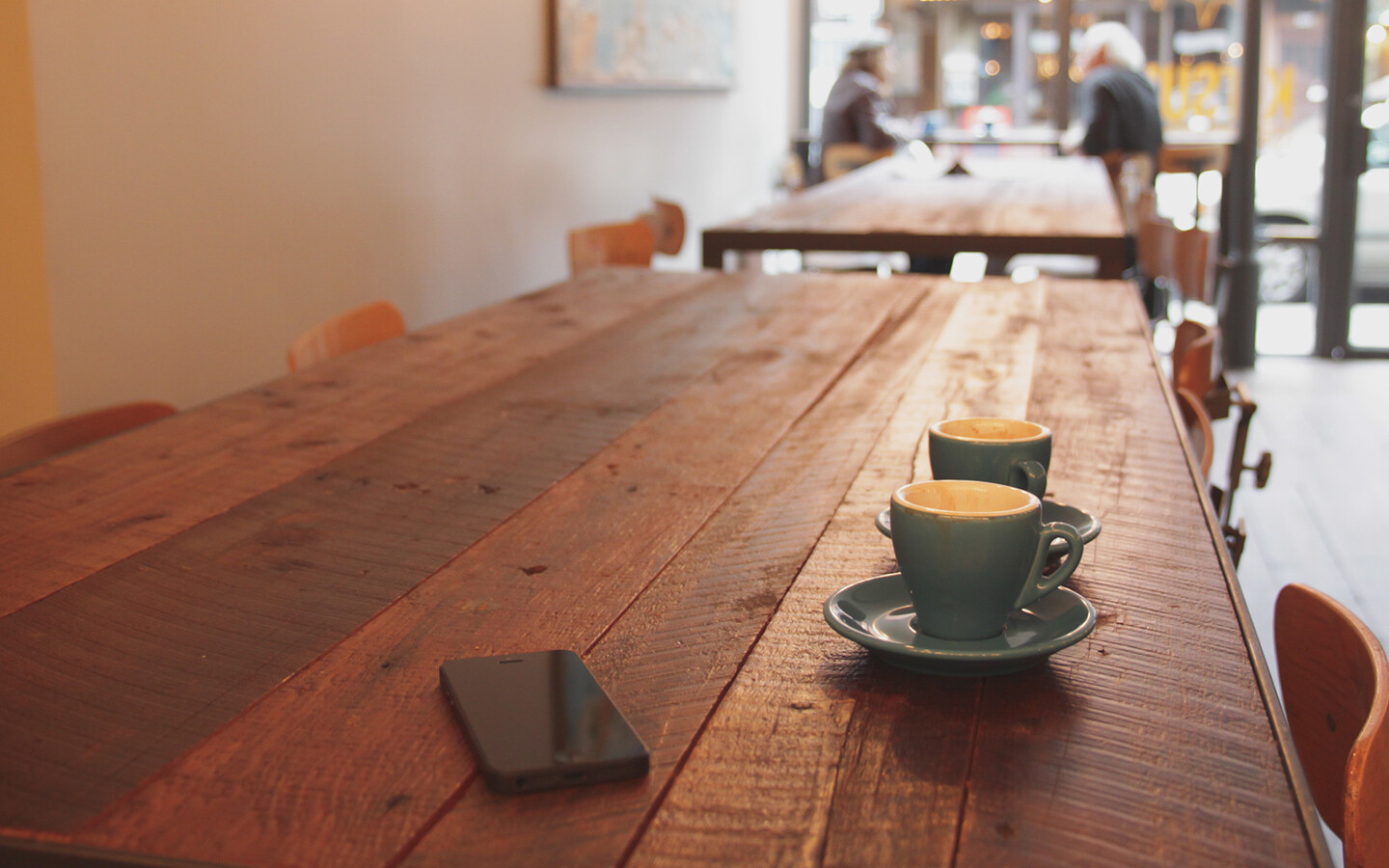 You may have heard the phrase, “the prompting of the Holy Spirit.” I had heard that throughout my time as a Christian and may have felt His leanings here and there. But I have never felt a clear and obvious prompting before, instead believing that God speaks low and soft and faith is what you use to make the best sense of it you can. One morning in 2017, however, all of that changed.

“Hello?” I said into my phone from a dead sleep.

I rolled over and looked at the clock. “Crud,” I said under my breath. It wasn’t even 7 a.m.  “OK. I’ll be there,” I groggily said as I pulled myself up, grabbed my stuff and walked out.

When I arrived at Starbucks, I had that just-woke-up look all over me. Sweats. T-shirt. Flip flops. I didn’t even brush my teeth.

Kent had bought me some coffee and we sat together and I listened to his story. He was really in a bad way in his career and we spent a good portion of our time praying for God to comfort and lead. I understood his pain. Recently, business and career had been a difficult, confusing journey for me and I knew well the anxiety that comes with it. I too needed direction.

When we finished we sat and chatted. We were getting ready leave when I noticed that someone sitting across the way caught Kent’s eye. “Hey, there’s some people over there I think I’m supposed to introduce you to,” he said.

I looked at him like he had just said the craziest thing possible, which he had. “Dude, I’m not in any condition to be meeting people right now. Look at me. I look like a vagrant. I’m not meeting anybody.”

Kent went silent for a moment, like he was doing an open-eyed prayer. After a few seconds, he said rather resolutely, “No, I’m supposed to introduce you.”

I waved him off. “Forget it. Not going to happen,” I said, and with that, I grabbed my keys and phone off the table, and stood up so we could leave.

Like somebody put a giant hand on my chest, I suddenly felt a pressure, then, in a quick push, I was shoved back down—hard, landing with a thud—actually hearing the front legs of my chair lift then slam. I’m 6’2” and 205. If I was going to be forced down at a speed faster than I stood up, there would have to be something behind it. It wasn’t wind. I didn’t lose my balance. I was clotheslined.

I looked around then looked at Kent. He looked at me like, What happened?

I sat still for a second or two and thought about it. “I guess I’m supposed to meet your friends,” I said.

When he led me to the married couple sitting in the center of Starbucks, she was in conversation with a friend whom she had just run into. “I’m sorry to interrupt, but I’m Kent,” he said. “Remember we met that one time?” he politely asked.

“Well, I’d like you to meet Allan. I think you should all get to know each other.”

“Sure—OK,” they said a little surprised.

“Well, I have to be going. Enjoy,” Kent said, then turned and left me there.

I looked at him like, Where are you going?

Suddenly the woman’s husband saw a friend of his and stepped away to say hello. And so while the woman finished talking to her friend, I stood alone, and sheepish, in my T-shirt, wondering what in the world I was doing there. It was the most awkward moment I could imagine.

When she was finally done with her friend, she turned to me and together, we fumbled for a way to start a conversation. What happened next was a strangely easy exchange that led to another meeting, and then another. Over time we found that we had the exact same business ideas and strangely compatible personalities and temperament—we had even both just recently produced movies. In just a few months, we launched into a business venture, and together, along with her husband, it has been one of the most exciting and gratifying journeys of my life. My career fog is gone. I now have a clear direction and we are experiencing much success.

God may prompt. He may even nudge. But one thing for sure, He may even give you a good shove if you’re the kind of person who needs it. And I think I needed it.