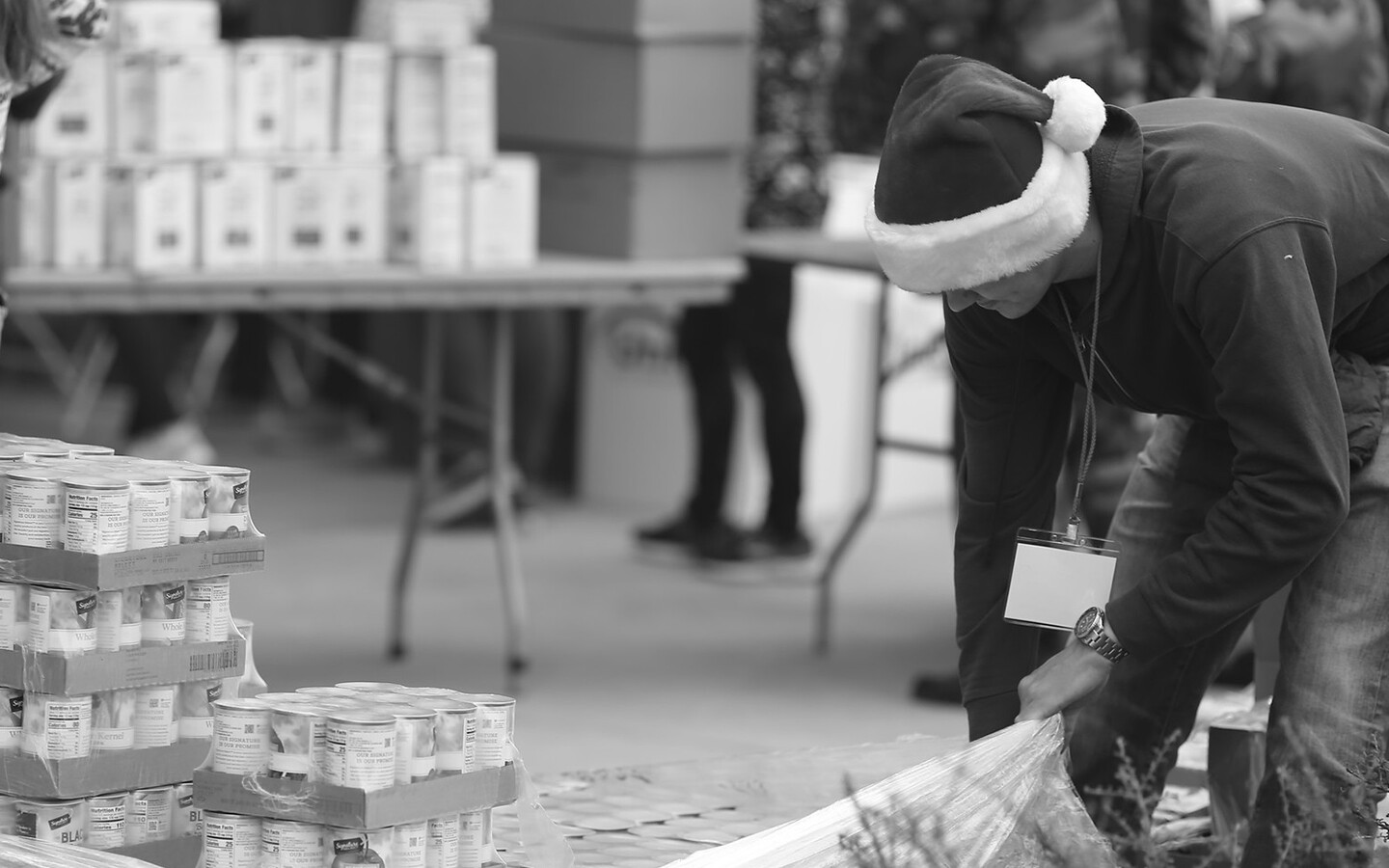 Why Do Toys for Joy Volunteers Do It?

Though volunteering at the 2020 Toys for Joy will look quite different this year, here are some stories of volunteers who have served in the past and why they decided it was something they wanted to participate in. This year's event will only continue to impact families in need during a dire time in history, and our Toys for Joy volunteers are the ones who can bring the hope of Christ to thousands this Christmas season.

At each of the Toys for Joy locations, it was easy to find many excited and grateful faces, from kids with toys to parents who were happy to have a bit of relief from the pressures of Christmas. Yes, joy was everywhere. But it was not just in the faces of the guests, but the volunteers who were there for a slightly different reason. Usually, it was profound gratitude that had brought them there.

Below are three stories of volunteers who simply had to volunteer for Toys for Joy. With all that God has done for them, the only thing that made sense was giving back.

Michelle | Food service | “I just want to show love the way I have been loved by God.”

When Michelle and her husband ventured to Rock Church, they were eager to see if they could make deeper friendships than the kinds they had experienced at their previous church—where putting on airs was a priority. Signing up with a Rock Church Group, Michelle kept her expectations at bay, knowing that deep friendships are hard to come by and may take a while to develop. What happened next was something she never saw coming. She let her Group know that her mother was in need of a kidney donor, and one of the women in her Group, Krista, stepped up to offer one of hers. Was it a joke?

She let her Group know that her mother was in need of a kidney donor, and one of the women in her Group stepped up to offer one of hers.

Michelle’s mom received the kidney from Krista and her life was saved. But that was just the beginning. Krista also announced, as if she was merely telling about a book club, that she was an alcoholic and in Celebrate Recovery. Michelle’s eyes nearly fell out of her head. Who treats such a shameful vice so nonchalantly and confesses it so freely?

Someone who is not afraid to be judged.

And that is what the Group offered—a chance for everyone to be loved just the way they are. It allowed Michelle to come clean about her own secret, a 30-year addiction to alcohol—the one thing she wanted to get off her back more than anything. She just never had anyone to trust.

Today, she is 2.5 years sober, thanks to her Group and God’s grace. And that is why she volunteers at Toys for Joy. “I’m here to be a part of all this love and provision. God provided for me. How can I not want to do the same for others?”

Ricky | Parking | “God has been too good for me to not to be here and give back.”

Ricky felt great about retiring because he had a pension from Albertsons and his wife was making good money. But when she lost her job, it shook them. Even though he was in his 60s, he had to consider going back to work. But they kept on trusting, praying, and most of all, tithing.

“By God’s provision,” explains Ricky, “He has allowed my wife to now bring home more than we could have ever had a reason to believe. We felt so bad about her losing her job, wondering how we were going to make ends meet. But God had other plans—plans for abundance. That’s why I’m here today volunteering at Toys for Joy. God is all about giving to His people, and after what He has given me, I have to be a part of that.”

God is all about giving to His people, and after what He has given me, I have to be a part of that.

Jennifer | Registration | “God has been so faithful to me. I want everyone to know what I know.”

The day that Jennifer couldn’t get out of bed, it sent the fear of God into her. So she summoned the strength to get out of bed to make her way to a church and ended up at the Rock. The pastor that particular Sunday said, “I want you to reach into the pocket of the chair in front of you. There is a message there just for you.” As she reached in, she pulled out a card that simply said: You will be healed.

She was bowled over. She had been an infrequent attendee of church for most of her life and with only the loosest of relationships with God. But she knew that needed to change and Rock Church was going to be the place to do it.

Subsequent visits to the doctor revealed that she had cancer. The months that followed were scary and painful and threatened to steal her joy, but she knew that the message she pulled from the chair pocket was meant for her. So she held onto that promise and continued to pray, worship, and believe. God meant everything to her now.

Sure enough, God got her through the darkest times with the disease and has even given her the only prognosis that would make that message completely true: She is not in remission—she is completely cancer-free. Healed.

“God could have treated me like I had treated Him,” says Jennifer. “But He was faithful to me even though I had kept my distance from Him for most of my life. Today, it is clear that He’d been with me all along, just waiting for me to come to Him. I don’t even regard my cancer as a bad thing because it brought me to Him. That’s why I serve at Toys for Joy. God is love, and I want to be a part of it where ever I can.”

If you're interested in making a difference and serving at Toys for Joy this year, sign up here.