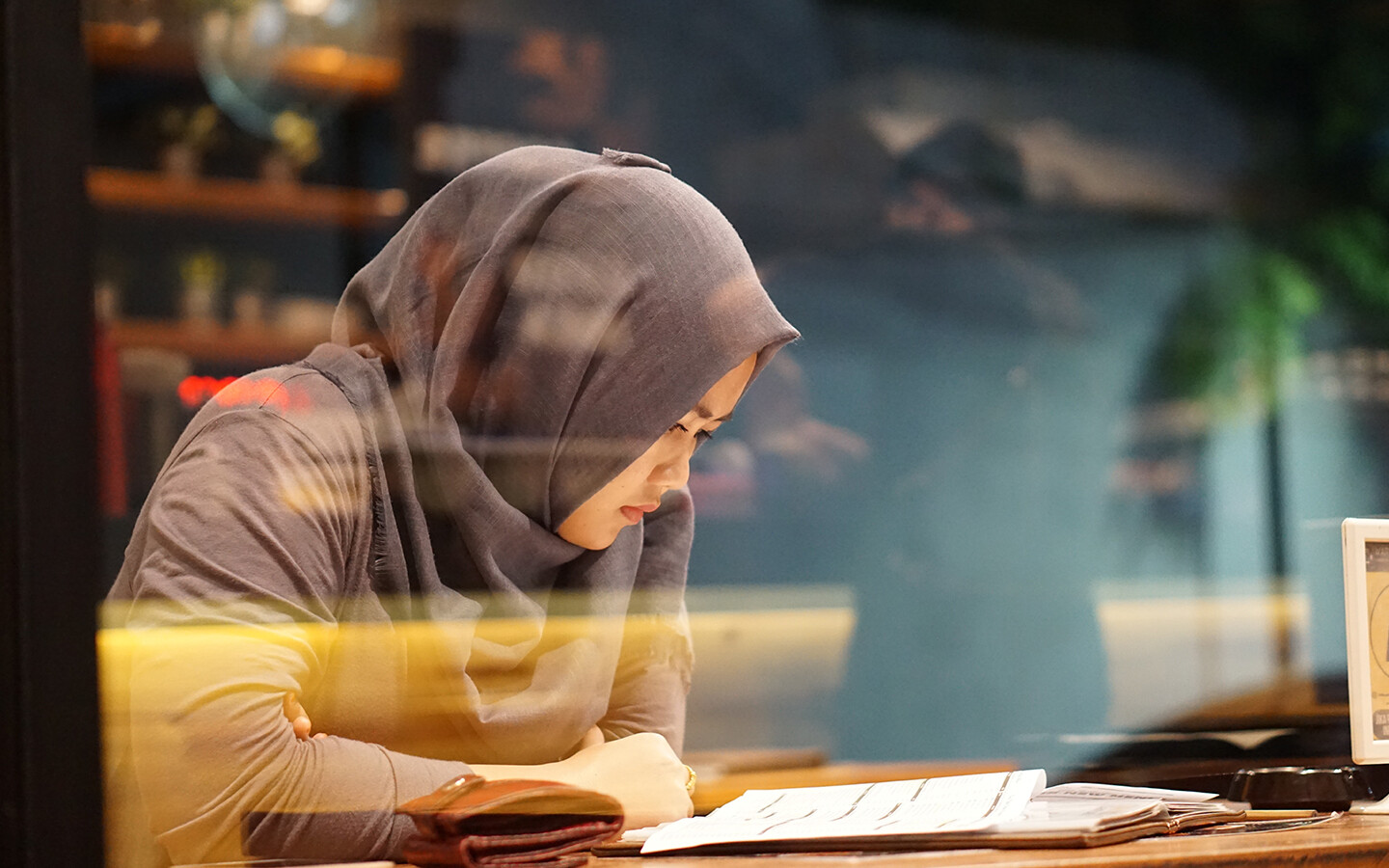 The streets in the UK were bustling. A young Muslim man was overhearing a conversation in which Christians were having with a family visiting the UK from Saudia Arabia. The Christians were speaking of Jesus and answering many misconceptions of the Christian faith. The Christians saw the young man listening- smiled-and asked him to come join the conversation. He quickly came over. He was eager for Jesus.The conversation finished with the vacationing family. They took the BIBLE! (This was a huge step. Muslims will not destroy Gods word. Taking this back to the country, they know they can be killed. They were eager for the Bible.) Praise God--His word does not come back void. But as for the young man, he wanted more of Jesus.

He had great concerns about his eternity in Islam. He did not know where he would go after death. The Christians spent another 30-45 minutes with him on the sidewalk, in the rain. He was given the full gospel. His questions and lies told by Islam about Christianity were answered and proved. He was given the opportunity to become a follower of Jesus Christ.

He said "I want to do this RIGHT NOW! How can I do this?" He prayed right there on the street. God brought him from darkness to light, from no assurance in Islam to assurance in Jesus Christ....

All glory to God.

Pray for our brother in Christ. He will be going back to his undisclosed country soon and will face a life that you and I can only imagine.

...to Muslim Outreach Ministry
Tip: Press ` to open this menu
Watch Online
Locations
Messages
Who We Are
Give