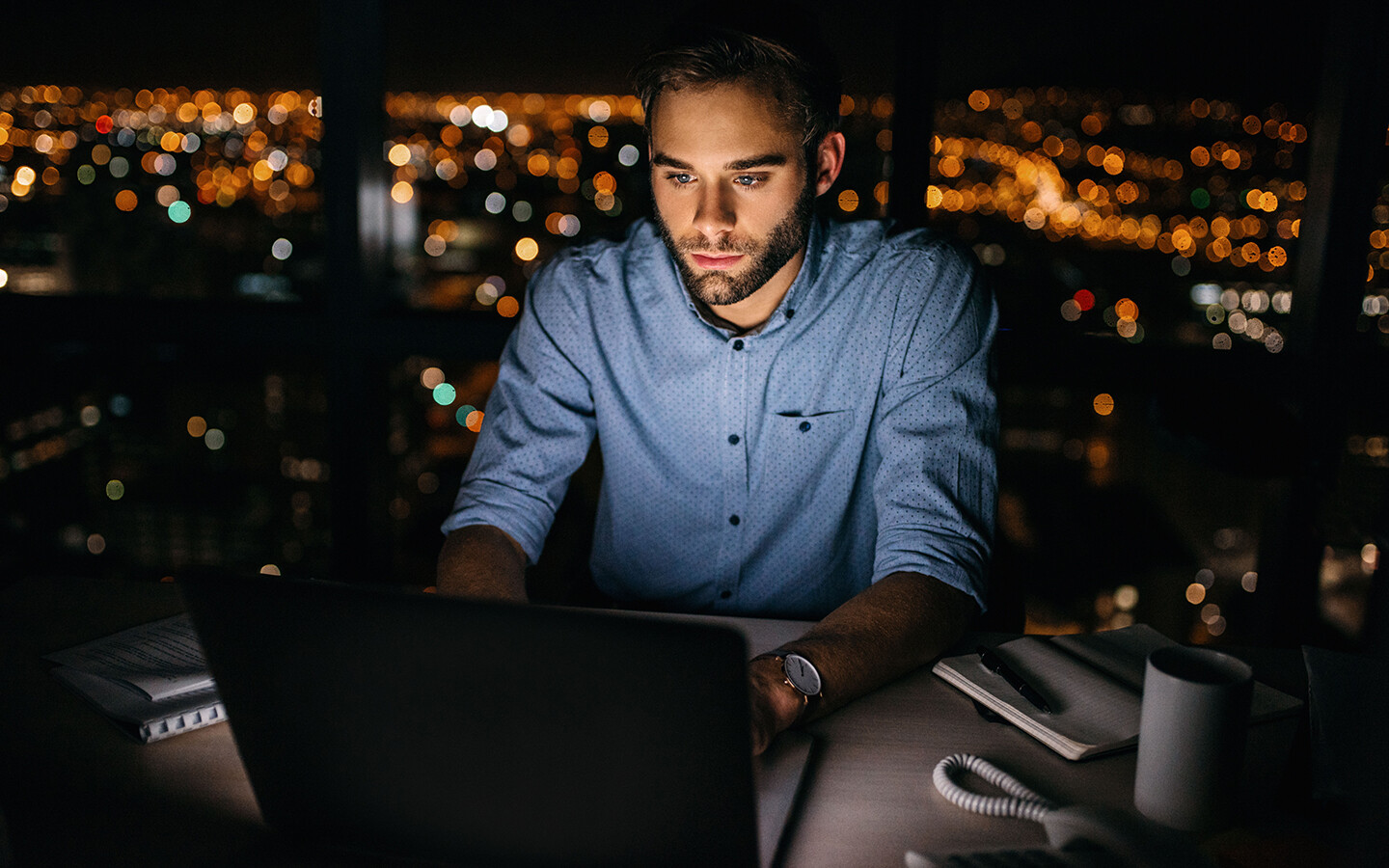 As an IT guy assigned to the graveyard shift, Jack Costner was staring at a computer screen, watching to see if anybody would hack the network he had just installed. The office was dark and still—not a soul around. It was the perfect environment for anyone with pain in their lives to have to deal with the voices that speak when there is nothing to fill the void.

And so he thought of his crystal meth addiction, getting kicked out of the Navy, and his dad disowning him. He thought of his life and future and nothing looked particularly exciting. He didn’t believe in Jesus, at least, he didn’t think he did. But for a brief moment, he hoped the man on the cross might be an answer to his painful life. And so, he walked to the lone lamp, switched it off, and got on his knees.

“God, if you’re there and can reveal Yourself to me, I will give You my life,” he said. Jack waited for a thunderclap. It never came.

When he got off his knees, he rubbed his hands over himself. He didn’t feel any different.

He walked the neon-lit hallway to the vending machine to tend to a crushing smoking addiction. As he stood there looking at the cigarettes, a voice suddenly spoke within his spirit. “You’re not going to need those anymore,” it said.

As he stood there looking at the cigarettes, a voice suddenly spoke within his spirit. “You’re not going to need those anymore,” it said.

Jack stopped; the whole world seemed to. The only inner cues he had ever experienced with respect to his vices were promptings to indulge, to push ahead. This time, however, was a prompting not just to stop, but one that declared him free. Jack returned to his office without the cigarettes and a strange sense that he would be walking that hallway again.

When his shift was up, he walked into the morning light, and like an ex-smoker gets back his taste buds as if his senses were turned back on, the sky was a new shade of blue. The birds were particularly beautiful.

What’s this? he thought. Strangest of all, it had been four hours since the incident at the vending machine, and he still had no cravings for a cigarette. He never would again. God had revealed Himself. Jack aggressively wanted to learn everything he could about this God, and the more he found out, the more he fell in love with Jesus.

Soon after, a coworker from another department asked if Jack might help him with his slow-going computer. On the drive over to his house, the same voice spoke to his spirit again. “I want you to tell Chris about me.”

“No way,” he spoke aloud. “That’d be too weird.” He drove the rest of the way hoping God wouldn’t press the issue.

When Jack took apart Chris’ computer, he saw that to complete the fix he would have to run the computer for an hour. Chris pulled up a chair and sat down.

“What are you going to do now?” the inner voice said. Jack prayed. “I’ll open my mouth, but whatever comes out, you own, okay Lord?”

When he got home, he was flying high. The conversation went smoothly and he loved how it felt to speak about God. Better yet was the email that he received from Chris.

“Thanks for today, Jack,” it said.

“No problem. I hope it works for you,” Jack replied.

“I meant telling me about Jesus.”

“Thanks for today, Jack,” it said. “No problem. I hope it works for you,” Jack replied. “I meant telling me about Jesus.”

Jack knew what God was asking him to do. The Jesus Geeks ministry began with Jack and his girlfriend (who has since become his wife) advertising their service in the Rock bulletin and then going to homes to fix computers, tell people about Jesus, and pray.

In time, the Jesus Geeks grew in size. Jack was amazed. God, the Ancient of Days, was using computer glitches to call people to Himself.

Soon, the Geeks found a space and let people come to them. People came from everywhere—some even giving their lives to Christ. The Geeks were saving people money and helping them stay on top of their school work or job searches and life. They couldn’t believe they had stepped into something so meaningful.

One day they got this question. “Do you have any computers you can donate to refugees?”

Jack thought about the plight of newly arrived refugees and saw how dire the need was. As children and parents trying to assimilate into the American computer-dependent culture, life without one would stack the deck against them. Suddenly, there was a new added purpose to their ministry.

The Geeks, with donations, were able to buy parts as well as pull parts from dead computers. In time, they gathered a nice handful of fully-functioning computers they loaded with education and Bible software. They were to be hand-delivered to refugee families, many hostile to Jesus. But it was clear that it was God who had breathed life into this ministry so anything or anyone the Geeks might encounter, no matter how inhospitable, would be considered hand-picked by God.

The first on the list to receive a computer? A Muslim family.

Jack prayed for God’s presence and even researched how Jesus is pronounced in Arabic. It would be a bold move to bring up Jesus, but Jack knew God was on the move.

The man was rigid and stoic, as Jack anticipated. “May I pray for you and your family, Sir? Jack asked.

“No,” the man responded curtly. Jack didn’t bring up the subject again.

When it was time to leave, Jack turned to make his way toward the door, the man stopped him. He quickly called for his family to gather. “Pray?” he asked. From the bedroom came his daughter with a large bandage on her chest. She had just received heart surgery. Jack knew this man’s need was far greater than a mere computer.

Jack knew this man’s need was far greater than a mere computer.

As they took hands and bowed their heads, Jack prayed for the protection of the family, that the computer would bless them, and that his daughter would heal without complication. “In the name of Isa,” Jack said. “Amen.”

The man looked up from the prayer with relief as he breathed deep. Jack saw that he was not so much hostile, but as a man in a new land with an uncertain future and a sick daughter. Perhaps he was just scared.

In the years since, the Geeks have sent computers all around the world: a classroom in Chile where the walls are covered in graffiti, a prison in South Africa, a classroom for the deaf in Cuba.

Jack sits with his wife at home, and they are astonished at what has taken place in just ten years. It is amazing how much life can come out of a graveyard shift.