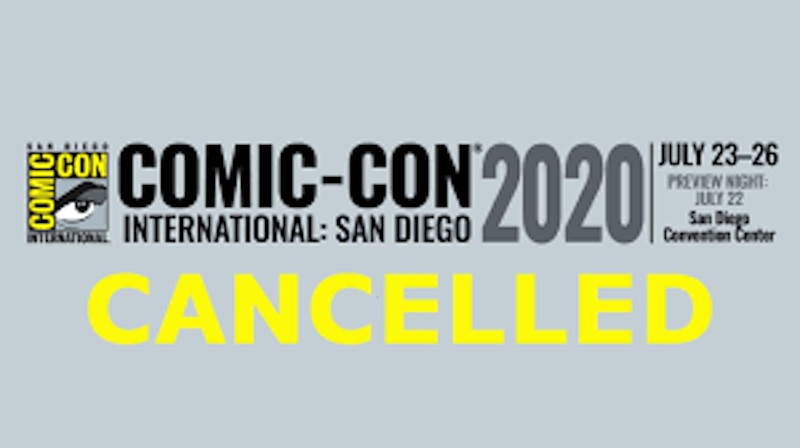 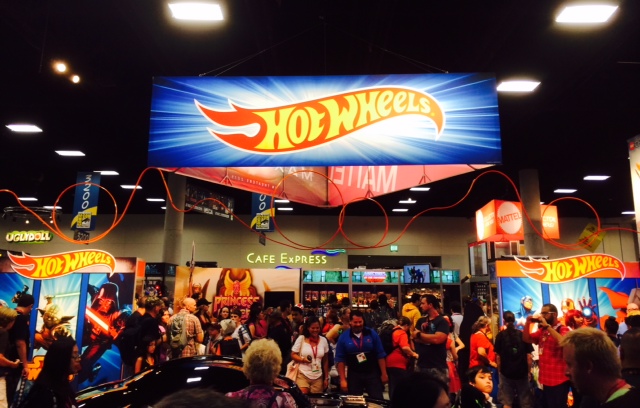 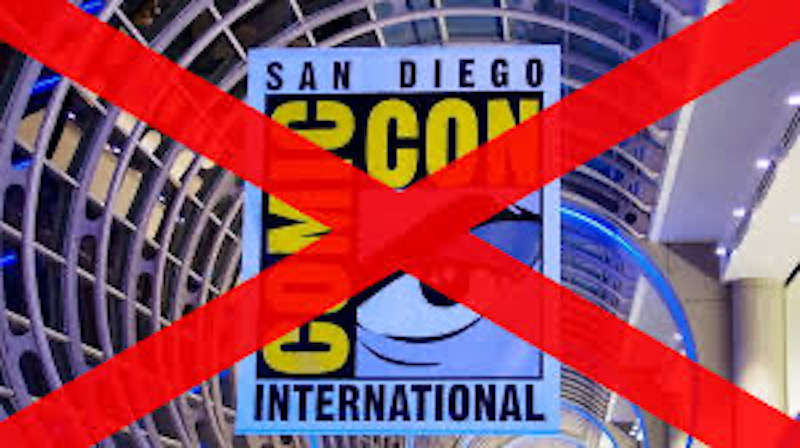 Comic-Con Announces Plans in Light of the Covid-19 Pandemic

For the first time in its 50-year history San Diego Comic Convention (SDCC), the organizers behind the annual pop culture celebration, announced (Friday, April 18, 2020) with deep regret that there will be no Comic-Con in 2020. The event will instead return to the San Diego Convention Center from July 22-25, 2021.

Recognizing that countless attendees save and plan for its conventions each year, and how many exhibitors and stakeholders rely upon its events for a major portion of their livelihood, they had hoped to delay this decision in anticipation that COVID-19 concerns might lessen by summer. Continuous monitoring of health advisories and recent statements by the Governor of California have made it clear that it would not be safe to move forward with plans for this year.

In addition to their conventions, Comic-Con has been planning a major renovation of Balboa Park’s Federal Building to be completed for the grand opening of the Comic-Con Museum in the summer of 2021. However, the COVID-19 situation has had an effect on those efforts as well. As such, they will be rephasing the Museum’s initially planned major renovations, but will not scale back the experience to be offered to visitors upon the Museum’s grand opening. They anticipate releasing building plans illustrating the Museum’s transformation and sharing more information about those efforts in the coming months.

In the next few days onPeak, Comic-Con’s official hotel affiliate, will be canceling all hotel reservations and refunding all deposits made through them. There is no need for anyone who booked through onPeak to take any action, including trying to cancel their reservations online or contacting the company via phone as the process will be handled automatically. Those who booked rooms through onPeak will be notified when refunds have been completed.

“Extraordinary times require extraordinary measures and while we are saddened to take this action, we know it is the right decision,” said David Glanzer, spokesperson for the organization. “We eagerly look forward to the time when we can all meet again and share in the community we all love and enjoy.”

Comic-Con International: San Diego began in 1970 when a group of comics, movie, and science fiction fans -- including the late Shel Dorf, Ken Krueger, and Richard Alf -- banded together to put on the first comic book convention in southern California. Comic-Con started as a one-day “minicon,” called San Diego’s Golden State Comic-Minicon, on March 21, 1970 at the U.S. Grant Hotel in downtown San Diego. The purpose of this single-day event—which included two special guests, Forrest J Ackerman and Mike Royer, and drew about 100 attendees—was to raise funds and generate interest for a larger convention. The success of the minicon led to the first full-fledged, three-day San Diego Comic-Con (called San Diego’s Golden State Comic-Con), held August 1–3, 1970, at the U.S. Grant Hotel, with guests Ray Bradbury, Jack Kirby, and A. E. van Vogt. Over 300 attendees packed into the hotel’s basement for that groundbreaking event, which featured a dealers’ room, programs and panels, film screenings, and more: essentially, the model for every comic book convention to follow.

From the beginning, the founders of the show set out to include not only the comic books they loved, but also other aspects of the popular arts that they enjoyed and felt deserved wider recognition, including films and science fiction/fantasy literature. After one more name change (San Diego’s West Coast Comic Convention, in 1972), the show officially became the San Diego Comic-Con (SDCC) in 1973 with the fourth annual event. In 1995, the non-profit event changed its name to Comic-Con International: San Diego (CCI).

The show's main home in the 1970s was the fondly remembered El Cortez Hotel in downtown San Diego. In 1979, Comic-Con moved to the Convention and Performing Arts Center (CPAC), and stayed there until 1991, when the new San Diego Convention Center opened. Comic-Con has been at home in that facility for over two decades.

With attendance topping 130,000 in recent years—in a convention center facility that has maxed out in space—the event has grown to include satellite locations, including local hotels and outdoor parks. Programming events, games, anime, the Comic-Con International Independent Film Festival, and the Eisner Awards all take place outside of the Convention Center, creating a campus-type feel for the convention in downtown San Diego.

Over the years, Comic-Con has become the focal point for the world of comics conventions. The event continues to offer the complete convention experience: a giant Exhibit Hall (topping over 460,000 square feet in its current incarnation); a massive programming schedule (close to 700 separate events in 2014), featuring comics and all aspects of the popular arts, including hands-on workshops and educational and academic programming such as the Comics Arts Conference; anime and film screenings (including a separate film festival); games; the Will Eisner Comic Industry Awards, the “Oscars” of the comics industry; a Masquerade costume competition with prizes and trophies; an Autograph Area; an Art Show; and Portfolio Reviews, bringing together aspiring artists with major companies.

Comic-Con has presented literally thousands of special guests at its conventions over the years, bringing comics creators, science fiction and fantasy authors, film and television directors, producers, and writers, and creators from all aspects of the popular arts together with their fans for a fun and often times candid discussion of various art forms. The event has seen an amazing array of comics and book publishers in its Exhibit Hall over the years. Over it’s four-and-a-half decade-plus history, Comic-Con International has continually presented comic books and comic art to a growing audience. That love of the comics medium continues to be its guiding factor as the event moves toward its second half-century as the premier comic book and popular arts style convention in the world.

WonderCon Anaheim 2020 has been postponed.

STATEMENT FROM COMIC-CON REGARDING COVID-19

To protect public health and slow the rate of transmission of COVID-19, the California Department of Public Health announced a recommendation that gatherings and events of more than 250 people should either be postponed or cancelled. Comic-Con (organizer of WonderCon) will abide by this recommendation. Therefore WonderCon Anaheim, scheduled for April 10-12, 2020 in Anaheim, California, will be postponed until a later date.  We will begin processing refunds for badge purchases in the coming days.

We continue to work closely with officials in San Diego and at this time no decision has been made regarding the rescheduling of Comic-Con slated to take place this summer; July 23-26, 2020. We urge everyone to follow the recommendations set forth by the Centers for Disease Control and Prevention and your local health officials.

WonderCon is the sister show to Comic-Con, embracing all the main aspects of SDCC, including comics, movies, TV, animation, the Masquerade, and more. The event has grown in all aspects over the years: more attendees, more exhibitors, more programming, and more fun. In its current Anaheim-based incarnation, WonderCon continues to be a must-attend event on the comic book convention schedule.