Our Marriage Mentors/Premarital teachers are absolutely amazing people. Each of them have been a blessing to so many couples! Their hearts for marriage, their many years of marriage experience and the wisdom that has come from their journey together makes their ministry an extraordinary asset to our church family!

About Mark and Karen

Mark and Karen Stevens met while they were in high school.Â  In the summer of 1973 they were both hired by a little church in the San Francisco Bay area to run a summer recreation program that was an outreach to the neighborhood children.Â  Mark and Karen became best friends that summer and discovered by the end of the summer that they had become more than friends.Â  They dated for 3 years before they were married in June of 1976.Â  The Stevens' have raised 3 boys and one daughter, and have just celebrated theirÂ thirtieth anniversary.Â  Mark is currently an executive consultant for a company called MAP.Â  Karen has been a stay-at-home mother for the past twenty-eight years and has always been very active in the church.

About Eddie and Cindi

Eddie and Cindi met during their High School years (1976) while working at the local Burger King and soon thereafter became sweethearts. At the time Eddie (18yrs old) had a girlfriend and Cindi (16yrs old) had a boyfriend. One day Eddie asked Cindi, "If I break up with my girlfriend and you break up with your boyfriend, would you like to go out with me?" Much to both of their surprise, Cindi said yes. One day not long after their conversation their boss won two tickets to a live concert. He told Eddie that he couldÂ have the tickets only if he took Cindi with him to the concert. They went to the concert, had an amazing evening, and then Cindi didn't hear from Eddie forÂ a whole month.Â Â Eddie was still datingÂ his girlfriend.Â Â That was a long month for Cindi.Â Cindi thought that she would never hear fromÂ Eddie so she wrote him off. FinallyÂ Eddie broke up with his girlfriend and Cindi thought he might pursue her.Â  Instead,Â Eddie started pursuing Cindi's friend Doreen! The nerve! Lucky for Cindi, Doreen kept turning Eddie down. So one night Eddie invited Cindi to go to a hockey game with him and theyÂ haveÂ since been together.Â  They wereÂ married in 1978. They have been blessed with two wonderful children. They also have a Mini-Schnauzer, "Max", who thinks that he is their second son.

About Barry and Sandi 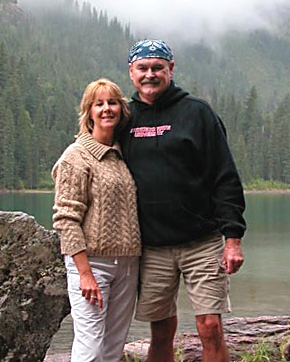 Barry and Sandi met in April 1972 at an apartment complex in La Mesa. Barry was going to San Diego State and Sandi was just out of high school and working. Barry and Sandi became friends over that summer and through the next few years never lost contact with each other. Their paths crossed at numerous times at different activities, church softball and basketball games, volleyball, the beach. No matter who they were with though, it always seemed like they always ended up having fun together. On double dates we were the ones having the most fun... so after about 4 1/2 years of this pretending to be with the right ones, Sandi took matters into her own hands and rescued Barry from an evil temptress and slew this evil temptress and they lived happily ever after... But not the end of the story... They finally got married on December 18, 1977 and will be celebrating their 30th anniversary this year in Maui. They have two children and 4 grandchildren and love to travel. They love beaching it, body surfing, kayaking and generally doing anything fun... anyone up for surfing, kayaking or whitewater rafting? 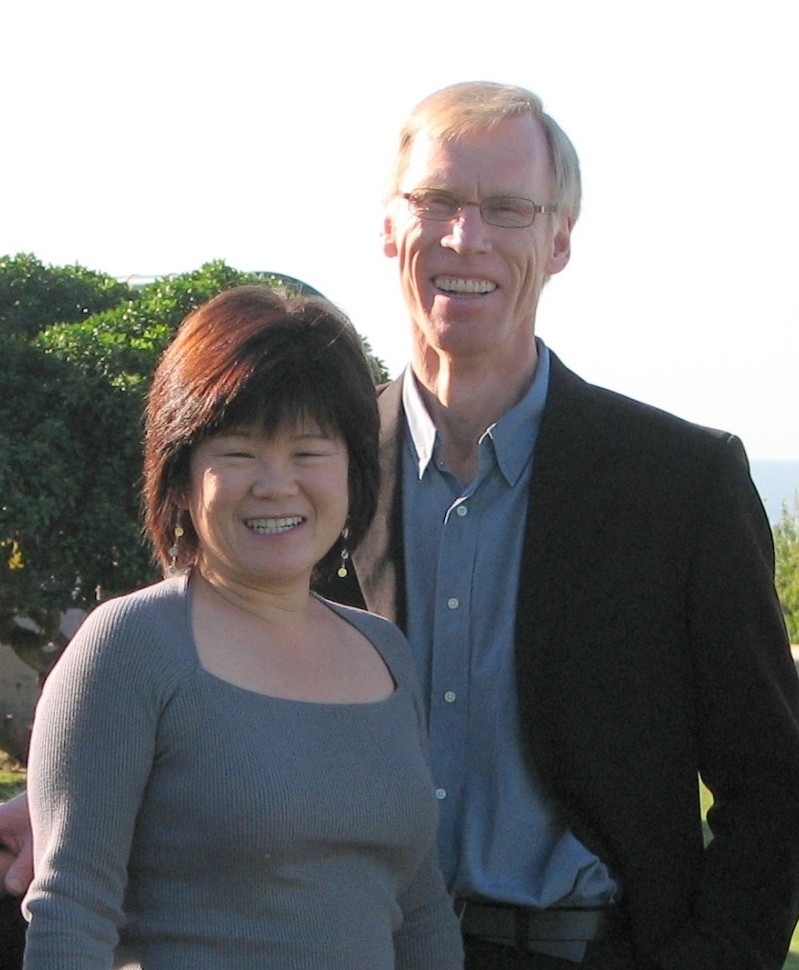 About Terry and Ellen

Terry and Ellen both started college in 1974 at the University of Saskatchewan in Canada.Â  They met during their second year, and got to know each other through Navigators and Baptist Student Union events on campus.Â  Terry then convinced Ellen that married life would be far cheaper than living separately.Â  So in Aug 1977, their pastor, Henry Blackaby, helped them tie the knot, and they started living cheaper.Â  Terry went on to become an engineer, while Ellen became a full time Mom to three children (so much for living cheaper).Â The two oldest children have now graduated from college and attend the Rock, while the youngest is still in college.Â  Terry currently works at Qualcomm as a systems engineer, while Ellen remains a sweetheart, a Mom, and a homemaker extraordinaire.

Chuck and Kristi first met at the river during the summer of 1988, but didn't start dating right away.Â  They were both in college at the time, Chuck at Long Beach State and Kristi at San Diego State.Â  Kristi was in a band with a mutual friend of theirs so they would see each other every so often when the band would play at parties.Â  And although there was always a spark between them, they were both in other relationships and the timing never seemed quite right.Â  God also, still had some work to do in Kristi's life.Â  While Chuck had gown up in a strong Christian home and had a strong faith, Kristi had not.Â  She grew up in a home knowing about God and going to church but never embracing a personal relationship with Jesus until January 1991.Â  At the age of 22, Kristi accepted Christ as her Lord and Savior and shortly after God blessed her with Chuck.Â  By March, 1991, Chuck and Kristi were officially dating.Â  Chuck graduated in the spring of 1991 and began his career as an Electrical Engineer.Â  Kristi graduated the following year with a B.S. in Elementary Education.Â  They were engaged in May 1992 and married February 21, 1993.Â  Within the first year of marriage they were pregnant with their first baby girl.Â  They now have 4 beautiful children: Jordyn (12), Chad (10), Chase (7), and Clay (4).Â  Chuck and Kristi are thankful that their relationship has Christ at the center and believe that this truly is the key to a great marriage!Â

Watch Church Online on Sunday
Stories
1.
A Christmas message along a San Diego street
2.
For one salesman, being unemployed no longer means coming undone.
3.
A dancer looks right past the extraordinary blessing standing in front of her